Bay Area Brew Fest Gets 2013 Off to Good Start

First beer festival of the year (for me anyway) started in San Francisco, at Ft. Mason, with the 3rd Annual Bay Area Beer Festival. Huge pier building, used for all sorts of events and I can tell you that it didn't take long to be full of people, tiny beer mugs in hand.


To see the complete lineup of breweries participating that day, here's the link.

So, what was my first beer of the day (year)? Well, I surprised myself by avoiding some of the lighter pale or blonde ales that usually kick off a tasting for me, but when I saw a red rye within just a few steps from the opening gate, as it were, I was hooked. 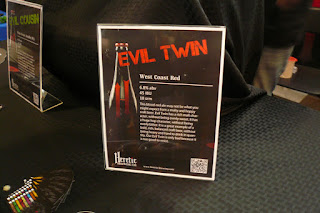 Here's what the brewery says about Heretic's Evil Twin, my first taste:


Another standout for me was from Triple Voodoo: Inception, a Belgian Style Ale which was quite a departure from the typical Belgians I have tasted (and I don't drink a lot of them, I must confess). I liked the prickly carbonation which carried thru to the finish, which was dry with noticeable hop flavor. This is one that I would have tried again, had I more time.- 8% ABV
Here's a description from Triple Voodoo's website:

"Triple Voodoo Inception Belgian Style Ale is not brewed in traditional Belgian style like traditional Trappist ales. Inception is bright and clear with a sharp alcohol note in the beginning and an added twist of black currant in the center of the flavor profile. The beer finishes clean and has a solid malty backbone. This unique flavor profile was achieved using a special hop varietal. The high hop load also makes it reminiscent of an IPA and gives it that unique California characteristics."

I continued on, as the crowds grew, looking only for new beer opportunities. On a quest like this, I have a rule of not trying any beer with which I am already familiar. Saves time and helps avoid lines, many times. 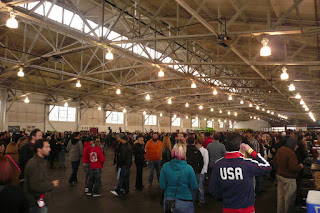 Some sights along the way:


... except it started raining outside about midway through:


Continuing on... pouring and tasting:


When I saw the Three Twins Ice Cream truck, I thought to myself: nice idea. Then after finding the Ballast Point table, I wanted to pair their Vanilla Bean Speck with Ballast Point's Victory At Sea Coffee Vanilla Imperial Porter!! Combined, you'd have a great float! By itself, this tasty porter is perfect for sipping in front of the fire or passing around the table after dinner. ABV of 10% but, hey, you're staying home anyway, so go for it! 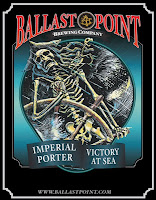 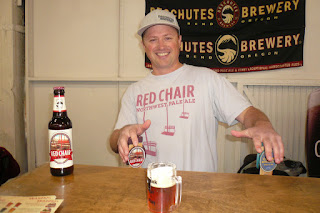 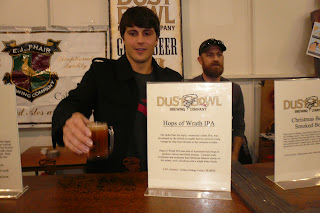 The Complete Guide to Growing Your Own Hops, Malts, and Brewing Herbs (Google Affiliate Ad)


So, it's time now to announce my favorite for the day. I always manage to find one beer that stands out, one that I remember long after the event and one that I certainly intend to have again. I don't call it best of show or anything like that, cause that's very subjective and hard to call. I just pick the one that impressed me the most, that day, that tasting. And the winner of Headforbeer's  favorite of the 3rd Annual Bay Area Brew Fest is, Heretic's Evil Cousin.
Here's how the Heretic website describes it: 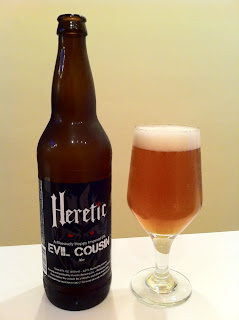 Evil Cousin is Heretic's take on a West coast imperial IPA. This beer is a bold, in-your-face hop monster. It has a light, easy drinking malt character that allows the hops to stand out. The hop character in this beer is intentionally on the dank side; big, sticky, and aggressive. This beer is for those of you who can't get enough hops. Join us on the dank side.

I loved this beer, it's what a hophead like me lives for!