Checked in yesterday with Brian and Nicole at Fireforge Crafted Beer to see first hand all the progress that has been made. Harvin Bedenbaugh Tap Room Manager, graciously gave me a quick behind the scenes tour. Typical brewery activities happening: brewing, cleaning, checking gravity, more cleaning and even some electrical work.
A brewery in every way except they can't sell their beers yet. Something about property permits. Once that hurdle is overcome, I know people are going to like the space and I know from experience they will really enjoy the beer. They've already had neighbors stopping by, eager to have a pint (or two). They've also been complemented on the aroma that's been added to the area. Nothing like a hop-infused boil fragrance to arouse the senses.
Some snaps of people who actually have jobs: 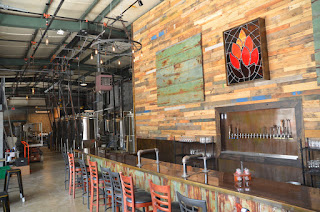 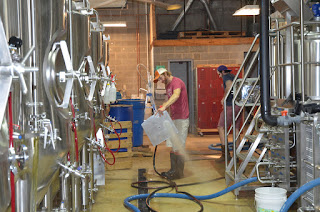 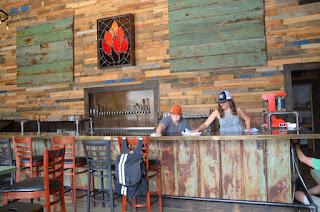 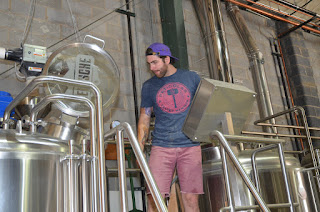 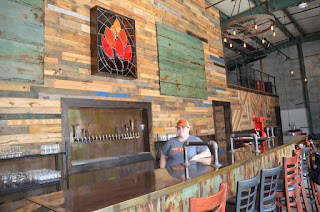 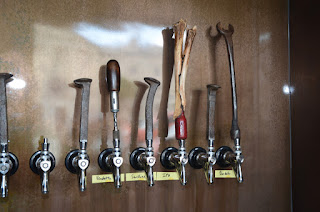 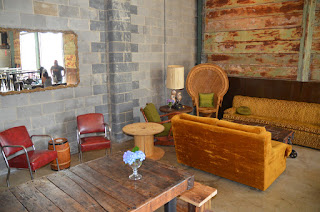 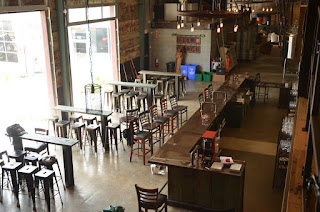 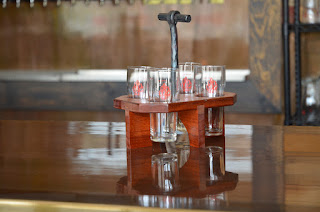 Here's hoping they can be open by July 4th. Cheers!
Posted by Marv Parker at 9:24 AM No comments:

Glad you asked cause here's an opportunity to expand your beer drinking horizon, assuming you're unfamiliar with the style.

First off, you should know that you can get one starting today at Upstate Craft Beer Co. which has just released Baby Phife, a 3.6% version. Actually grisettes are all typically under 4% abv, (which also makes them a table beer, but that's another story to be told later).

Grisettes are originally Belgian, brewed to refresh the stone mine workers, in the same vein that saisons were brewed for seasonal workers.

Different than most farmhouse beers in that Malted wheat is used in the grain bill. Most wheat in the early days would have been Unmalted. Baby Phife has a 25% malted wheat base which gives the beer more body and a sturdier head than say a saison would. Grisettes are also hopped more than the farmhouse style, perhaps to add flavor impact considering the low abv.
In summation, let me say that I like the style, it's very refreshing, not sweet but pretty consistently Belgian. A good choice for sun-filled days and activities.

Oh, the name means "little gray" which may refer to either the appearance of the miners, covered with rock dust, or to the smocks worn by the women who served the beers.

Cheers!
Posted by Marv Parker at 2:38 PM No comments:

As a long time Rosé wine fan, particularly the ones from Provence, this more and more frequent trend in Saison Rosé beers I find interesting; and the ones I've tasted are surprisingly complex and a perfect accompaniment to Summer picnics (if it ever gets here) and outings. This article has some good background on the style and this one Saison in particular.

Cheers!
Posted by Marv Parker at 10:52 AM No comments: