Here it comes again, a Thursday with so many beer enjoyment opportunities. One that is definitely on my calendar is the Upstate Craft Beer Co.'s newest release party, part of their "new brew Thursday" when each week new brewed-on-premises beers will be released, all done by Upstate's new brewing crew.


From their press release:
"Upstate Craft Beer Co is proud to announce a change to its brew team by introducing Travis Logan and Cameron Owen as UCBC’s Co-Brewers. Both brewers have been with UCBC since day one and are excited to be promoted to a head brewing role. Their focus will be on brewing beers with large flavor profiles with a haze forward appearance by using big, juicy hops and untraditional adjuncts."


This week, two IPAs and a Brown Stout will be offered up on tap:
Citra Reload - Grapefruit Session IPA
No Advance - New England IPA
Worked So Hard, Forgot How To Vacation - Brown Ale w/ Vanilla & Cinnamon


I had a chance to taste the No Advance NE Style IPA as it made it's way to the keg from the fermenter and I was instantly a fan. This will be a big hit and certainly showcase Travis and Cameron's brewing skills. Look for me Thursday, I'll have a pint of this beer in my hand most of the evening.

Cheers!
Posted by Marv Parker at 12:07 PM No comments: Links to this post

Being Monday, our thoughts naturally turn to lagers. Or more specifically, lagers I had Saturday at Hi-Wire Brewing's Lagerfest and Crawfest Boil. Full disclosure: I don't drink a lot of lagers anymore, being a card-carrying member of the Hophead Herd, so this opportunity to sample some of the new style offerings was irresistible. My good buddy and bottle share enthusiast, Bob Muller joined me on the trek up the hill to Asheville. As the beer lineup shows, there was a significant range of flavors offered within the style (and one porter ringer). With mostly ABVs in the low 5s and low 4s (Brown Truck had a 3.8% lager!) these beers were easy to drink and paired nicely with the enormous quantities of crawfish being consumed outside.
Some standouts for me were the Munich Dunkel from Brevard Brewing; rich flavors, light body but typical dark color.
The James Jack Pilsner from Olde Mecklenburg was a classic example of the style with a balanced profile and a crisp finish.
Hi-Wire and Holy City brewed a collab Black Rye Lager which was dark, roasty and spicy in the finish. Very drinkable.
Epic Brewing's (from Utah) Los Locos Mexican Style Lager with lime and sea salt was probably the best "lawnmower" beer there, very refreshing and balanced, definitely sessionable.
The oddest brew offered (imho) was the Holy City BB aged Pils. The light color gave no clue as to the flavor intensity from the barrels, but it was surprisingly balanced, remaining close to the style in drinkability.
This event showcased just how varied the lager style can be and just dismissing them offhand (which I have been guilty of) only serves to miss out on some excellent brews, never a good thing.
Some photos of the event, tho mostly about the beer, not being a big crawfish fan myself.
https://www.facebook.com/HiWireBrewing/ 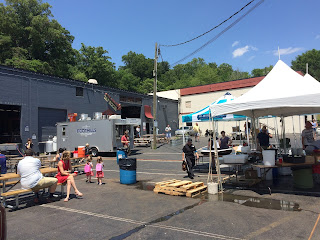 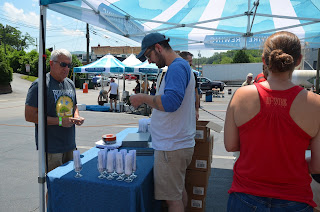 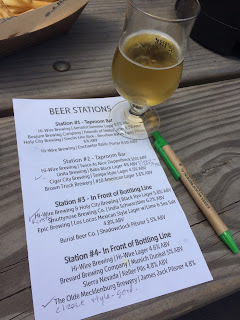 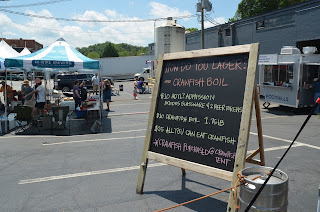 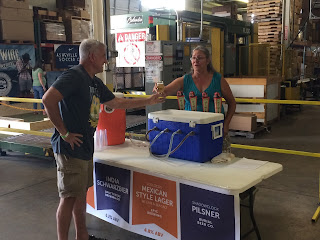 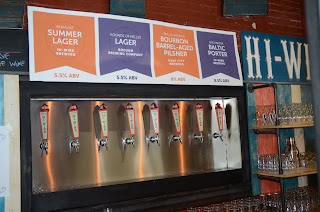 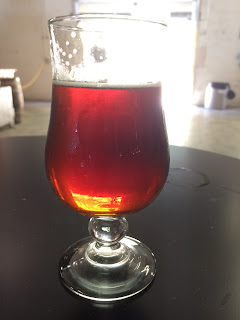 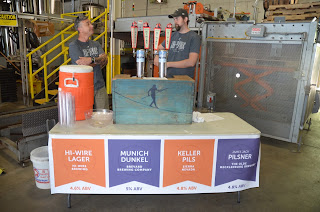 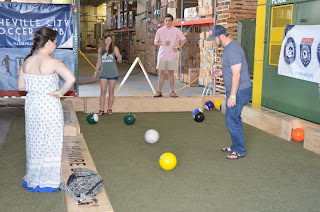 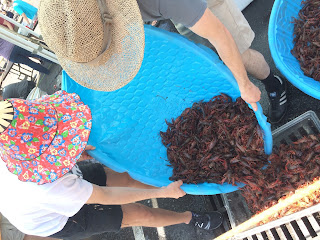 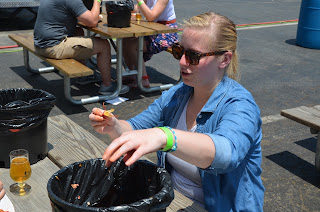 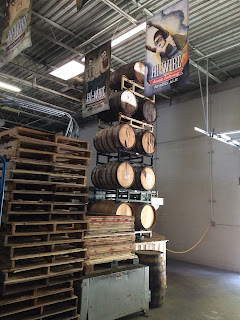 Posted by Marv Parker at 9:42 AM No comments: Links to this post