I finally was able to a make a pilgrimage of sort this month to one of Wisconsin's (and only in WI) best known breweries, New Glarus. Some exciting developments were happening, following a major building expansion last year, this time involving cans. NG's long-time signature beer, Spotted Cow is now available in cans, along with one of my favorite Pale Ales, Moon Man. They are also well known for their Belgian Red made with Wisconsin Cherries; slightly tart, mellowed from oak but highly carbonated and tasty intense sour cherry flavor. Naturally, I had to bring some back with me to share.

New Glarus' story is a very interesting one and there is a video on their website that tells of Deb and Dan Carey's journey to become an available only-in-Wisconsin brewery and the success that brought. I recommend watching it.

So, if you want to impress your friends (and make new ones) never return from a visit there without lots of beer to share. That's the only way they can try it without journeying to WI themselves.

Some pix that I hope you will find educational and entertaining: 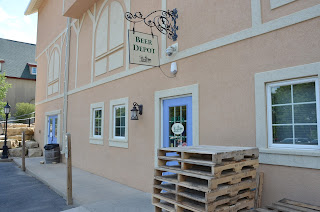 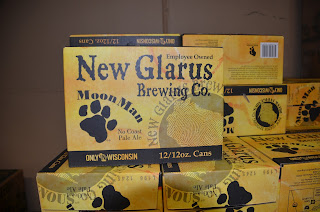 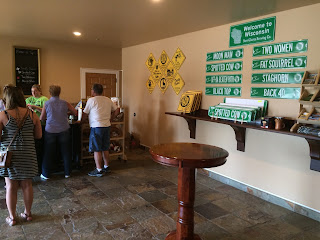 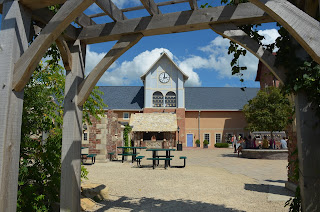 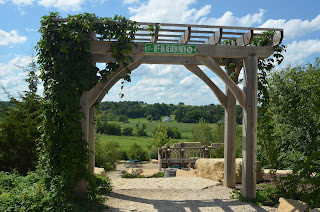 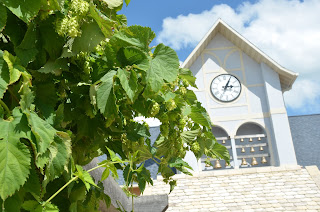 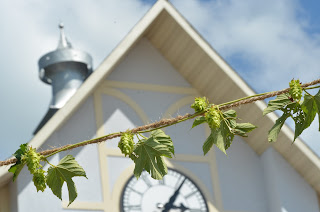 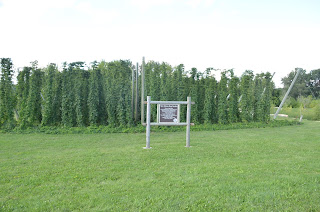 Of course, there were too many beers and breweries available to visit them all. An example is Lake Louie, seen on the tap handles. Two were available at this pub, both Warped Speed, a Scotch Ale and Kiss the Lips IPA. I had them both since it was a $3 pint day. I regret to say that I did not get Totally Naked that day; had that waiting in a fridge back at Mother-in-law's house.

Another Brewery that I wanted to try for the first time was Lakefront in Milwaukee. Something of a misnomer since it's actually on the Milwaukee river, but nothing misleading about the quality of their beers (and food, more bout that later). And I am not alone in that assessment cause Vice-Presidential candidate Tim Kaine was just finishing up a campaign appearance there as we arrived. We were there for a tour ($10 fee but comes with lots of beer)which was nearly cancelled due to Secret Service concerns. The hour long tour was equal parts stand up comedy routine and brewery history. Very funny tour guide and handled a rather large crowd quite well.
It being Friday, we stayed for the Fish Fry dinner and the live polka music that accompanied it. The fried cod was some of the best I've ever had and I have no comment on the music, tho lots of folks were out dancing. Had a beer flight to pair with the food and all were appropriate for the meal. Both the Howard Helles Lager and the Hop Jockey DIPA were stand outs and led to ordering more, in pints this time. 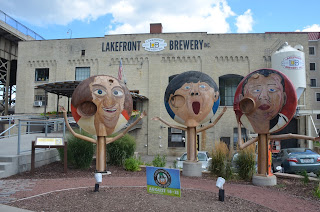 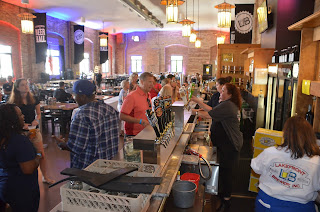 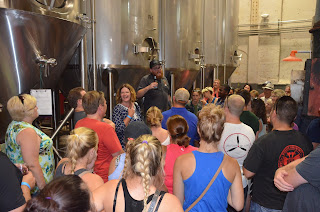 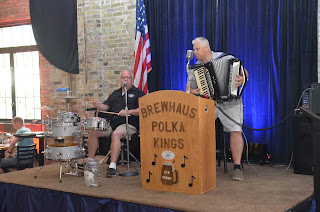 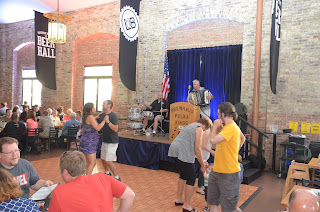 And the band played on. We had to leave, prepare for next day's beer adventures which included a boat ride on Madison's Lake Mendota and a stop by the UW Student Union Building for ice cream, tho beer was also available, in pitchers even!! 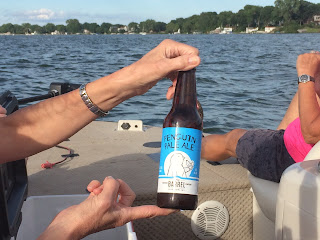 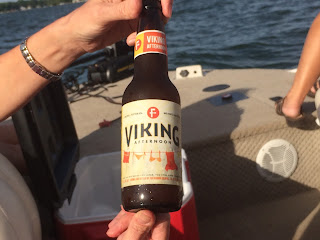 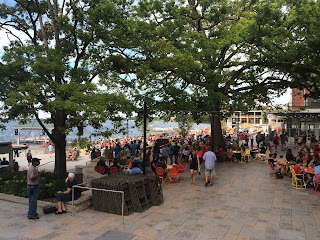 Heading back toward Madison from New Glarus we came upon this brewery in Verona, Hop Haus Brewing. Fortunate for us we did because, one, it gave me new Untappd opportunities and, two, introduced me to some more very good beer.  Our tasting flight of five included three IPAs: Magic Dragon, a Double IPA, 8.2% ABV, 90 IBU; Super Big Time IPA, 6.6%, 70 IBU which showcased Wisconsin Hops; and El Andy IPA, 6.6%, 70 IBU, with lots of El Dorado hop additions. I especially liked the Allegedly Albino with Nelson Sauvin hops, a New Zealand variety that is named after Sauvignon Blanc grapes. All the beers we tasted were well made so owners Phil Hoechst and wife Sara obviously know what they're doing.

Beertender Tim Groers provided us with both beer and info about the breweries' history, all while serving other customers as well. 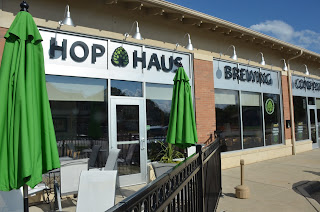 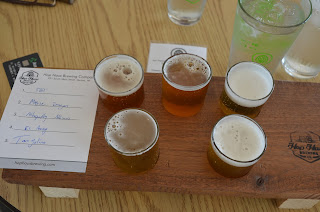 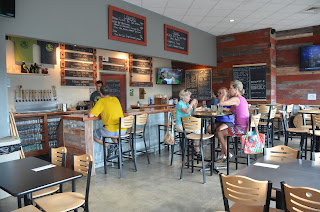 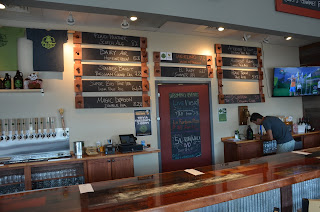 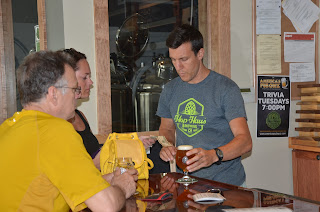 After stopping to resupply the pantry, so to speak, we returned to headquarters to rest, drink a couple more of WI's best and prepare for another busy day tomorrow. 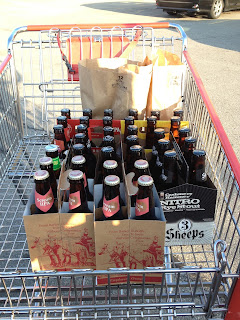