Your attention please!
Today's topic of discussion is SRM. (And you should pay close attention cause there might be a quiz!)
SRM is an abbreviation for Standard Reference Method and, simply stated, is a description of a beer's color. And why should I care, you ask. Well, lunchbox, let me tell you why.


One, if you're wanting to join our Cicerone family you'll need to be familiar with the term cause it's on the test, and, two, it will help explain the cleverness of Brewery 85 and Thomas Westmoreland's new Clockworks release program of beer styles and schedules, two a month for the entire 2019 year. Darker days of winter will feature dark beer styles. For example, this week's release is a Baltic Porter which easily has an SRM of 30+. Mid-year, on the Summer Solstice, the beer will be light in body and color, more like SRM 2-4. Looking at the chart photo I posted below, you get a good idea of what future releases will look like.

IPA lovers will note that most of them fall into a 6-14 range, tho a Black IPA could easily be 30+ SRM.
Isn't this fun!!

Note that the beers are named after the hours of the clock; 24 hours and 24 beers. AM and PM. Clever and quite logical. Spock would approve.

All of these beers are Thomas' own recipe, brewed to match the style's BJCP (a future topic) criteria, perhaps slightly modified to reflect his brewing experience (he studied in Berlin for a year, you know).
The other thing to know (remember the quiz?) is that these beers are and will be very small batch brews. I missed the 1 A.M. release cause I delayed and the 3/4 keg kicked quickly. The current release, 2 A.M., the Baltic Porter I mentioned, was released yesterday at 5pm and judging by the way I and a group of local brewers were downing the pints, it might be all gone as I write this. My advice is get on their mailing list so you'll get the notifications for the release date.

The next releases will be in February and the first (3 A.M.) will be a Wee Heavy Scotch Ale, with an SRM value of 10-25 degrees. Having learned my lesson with the first release, I'll make haste to get to the brewery in time for this one! 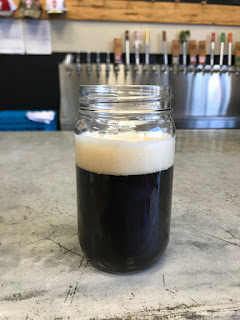 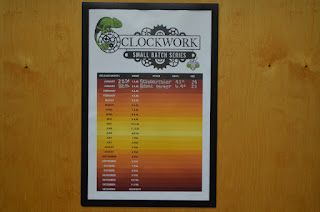 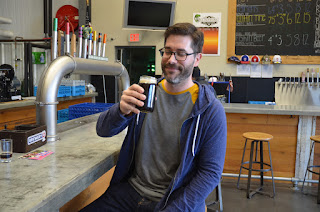 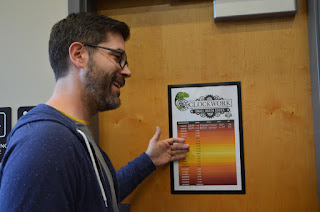 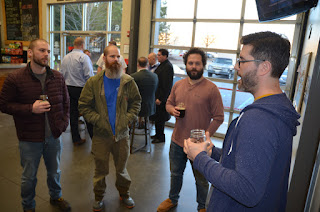 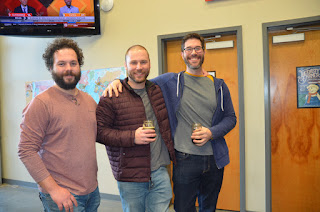