IPAs have been the most popular craft beer styles for several years now with new variations being released weekly it seems. In my case, I'm drinking a lot of NEIPAs, aka New England or North East style, with its characteristic haze, tropical flavors and moderate ABV.
So now here comes another new one: Brut IPA.

As you may know, brut is a term used to describe sweetness in champagne or sparkling wines. Brut in this case means dry. So the Brut style is a very dry, light colored Champagne-like beer that is low on bitterness but very high in hop aroma.

This style is credited to Kim Sturdavant, brewer at Social Kitchen in San Francsco, who brewed it first in 2017.

The grain bill will consist of a light base malt with slight coloring from an adjunct. Friend of mine made one using pilsner malts and flaked corn. A properly chosen malt can also help clarify the wort which is a desirable style point.

Yeast likes sugar. Converts it to alcohol. If you want a dry beer, you help the yeast convert as much sugar as possible. In this brut scenario where extreme dryness is the goal, an enzyme is added to the wort (preferably during early fermentation stages) which makes the yeast convert the remaining sugar/carbs more efficiently. There are very technical terms for this which I will leave to you to research.
The yeast used is usually a fairly neutral ale tho I have had a brut which used a champagne yeast. To me, a noticeable difference in flavor results. 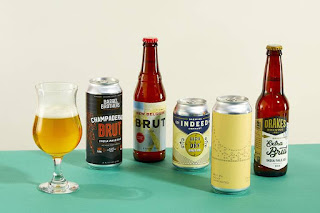 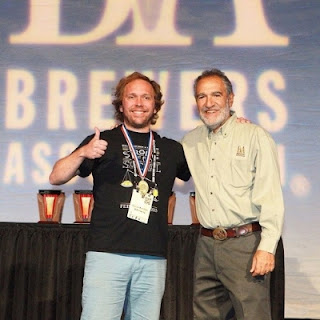 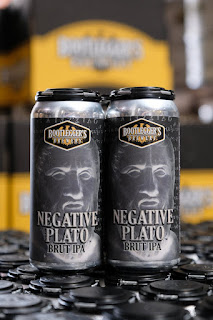 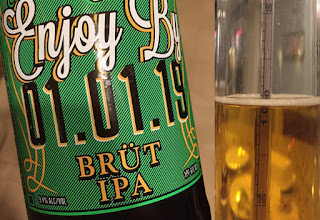 Then come the hops. Lots of hops. Mosaic is a common choice as is Amarillo, Nelson Sauvin, Huell Melon, all dry hopped and double dry hopped sometimes. By keeping the specific gravity at 1.00 or lower, the perceived bitterness usually associated with hops is actually more than the final IBU readings.
The result is a very dry, very drinkable hop forward beer, hopefully with extra carbonation to complete the champagne-like experience. Go try one for yourself and report back!
Cheers!
Posted by Marv Parker at 10:01 AM

Email ThisBlogThis!Share to TwitterShare to FacebookShare to Pinterest
Labels: #BrutIPA