Details, you want details? Ok, got some for you, about our (Brew Crew) first-ever visit to New Groove Artisan Brewery Saturday. Just recently opened (July 15 officially), brewers Josh Dodson and Jonathan Duke see this as the culmination of a journey that began back at the Spartanburg Brew Club where as home brewers, they met and became friends. Being only the third brewery in Spartanburg County, this location has lots going for it, not the least of which is the structure itself: a former Tornados convenience store. Roomy, industrial-comfy and plenty of space at the bar.

Four of their own beers were on tap (with more to come) for our tasting flights; a stout, a porter, a brown ale and a Berliner Weisse (which we all declared a winner and a highlight). Jonathan told us about a couple IPAs fermenting that we will certainly be back to try.
He also told us about their unique brewing system, a single vessel system in which the mash tun and kettle are the same. The grain container fits inside the kettle, the wort is circulated and filtered through until time for the mash out and boil, then an electric pulley lifts the grain out, the boil then starts in the remaining vessel. Very innovative and saves space and brewing time. Ask Jonathan or Josh about that system when you visit, they'll be more than happy to elaborate.

Everyone in our group agreed to come back when more NG beers are available. Thanks to Josh and Jonathan for taking time to talk with us and to April Dodson for handling the beer wrangling behind the bar while the boys were playing tour guides.
As you might expect, several photos were taken and I present most of them here (certainly the ones in focus anyway). Cheers. 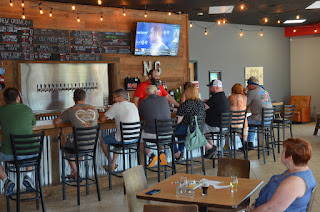 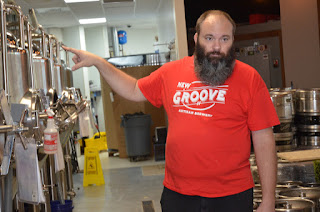 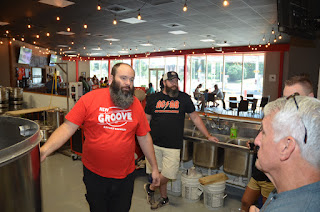 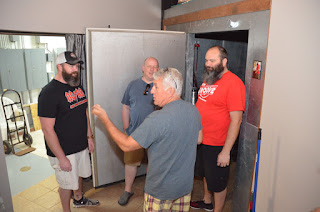 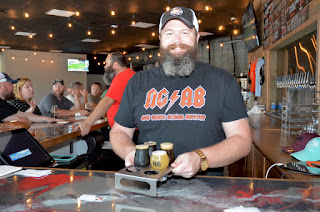 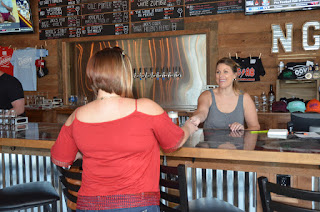 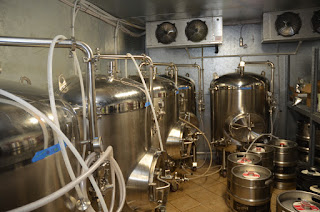 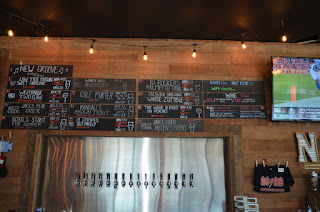 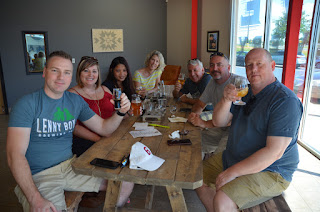