New Brew Saturday, Waynesville, part 1.
This time the Brew Crew headed for Waynesville, NC, an 1:45 hour drive to visit three breweries for the first time. First stop, Tipping Point Brewing and Tavern. The group consensus was that all their beers we tasted were consistently good. Stand outs for me were the TKO Chili Pepper Ale, a Strong Ale, with habanero, serano and jalapeno peppers. Tons of fresh pepper flavors, very little heat - well balanced. I left with a crowler of it.
The Punch in the Face IPA, a gold medal winner, certainly made an impression; full of IPA good things but restrained abv. Had we had more time I'd still be drinking it. Another fave of the group was the Pale of the Dragon, with a citrusy and very clean finish. A crowler of that also made the journey home.
We were fortunate that Jon Bowman, owner and brewer was there to give us a tour of the brewery's cellar site (a 3.5bbl system) and he was generous enough to pour us a "direct from the brite tank" sample of his newest, a Peach Berlinerweise; refreshing balance of fruit and tart. This one is gonna be real popular when it's released later this week.
I should also mention the delicious Crispy Brussel Sprouts appetizer, a favorite bar food of mine and these were exceptional. Were reluctant to leave but we did have to move on, lunch and Boojum were waiting.
https://tippingpointtavern.com/ 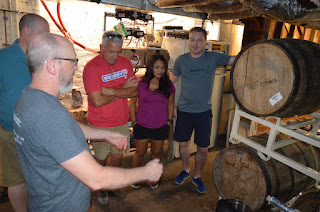 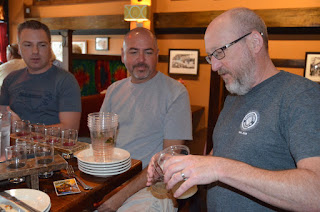 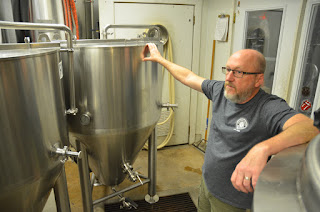 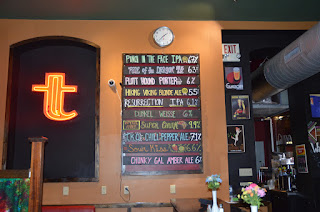 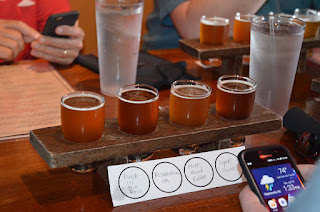 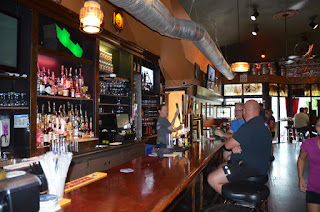 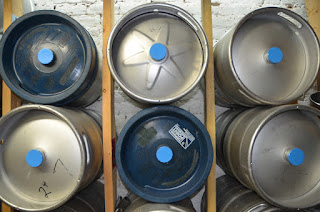 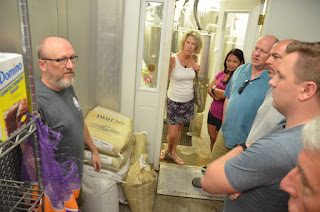