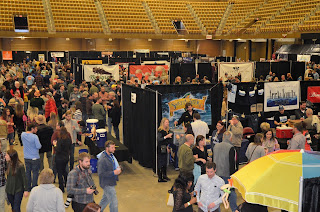 Despite being delayed couple weeks, Asheville's Winter Warmer, the first big craft beer event of the year, came off fabulously with several new beers and breweries for me to learn about (and Tap in).  Maybe a couple breweries shy of last year's total, the crowd was the same: smiling and enjoying their samples.
With my notes close at hand and a ton of photos, let's see if I can do the event justice. 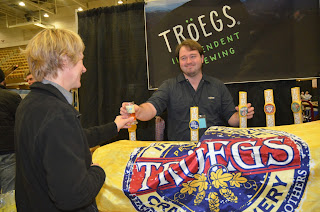 One of the new breweries for me was the event's featured guest brewery, Troegs Independent from Hershey, PA. Four beers were offered, but my first taste of their Nugget Nectar was enough to satisfy my curiosity; I'm gonna like their beers. NN is an Imperial Amber with 93 IBUs (almost a Red IPA) and an abv of 7.5%. Big on flavor and hop aroma, very satisfying to this hophead, thanks to the "excessive dry-hopping" with Nugget hops. I could have remained there, sampling the rest of the afternoon but duty called. My thanks to Corey Faithful, their NC sales rep for the generous pours and cluing me in on Troegs history and NC distribution plans.

Another new brewery for me as Lazy Hiker, from Franklin, NC. 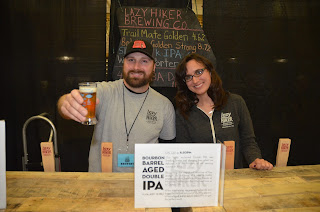 I grabbed their Slack Pack IPA, (6.0% abv, 55 ibu) right away and it was full of deliciousness as well as intense hop aromas. I was told that was from a blend of hops, not a specific one. Very drinkable and, again, I wanted to linger but forced myself to move on. I did return later to try their Trail Mate Golden, a light, crisp ale with European hops. Perfect summertime sipper. That left three more to try but time would not allow it. You'll have to visit the brewery yourself and see if I'm right. 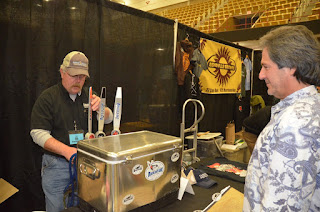 I enjoyed talking to brewer Buddy Everhart, of Aviator Brewing Co., in Fuquay Varina (that's how it's spelled!) NC. Opted for the Devil's Tramping Ground Tripel, a big 9.2% abv but without noticeable alcohol presence.
Made with Saaz and Hallertau hops, definite Belgian characteristics are present, pilsner malts make this very drinkable. 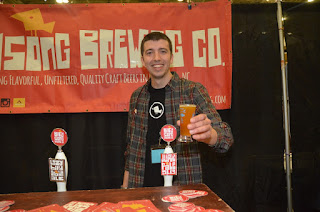 Not new to me but offering one of my favorite flavors in an ale, Birdsong from Charlotte, NC, had a jalapeño pale on tap, so of course I hung out there for awhile. Not a lot of heat but plenty of pepper flavor. I  consider this a prime example of a summer refresher. Not bad in winter, either. 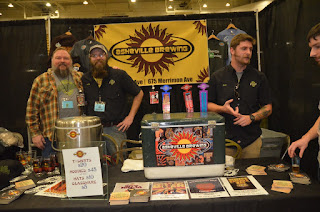 Ashville Brewing was also there with their Fire Escape, a fiery jalapeño infused IPA which I always have anytime I'm in Asheville.


After those adventures, I decided to just walk around the floor and play tourist for awhile, camera at the ready. Some representative scenes: 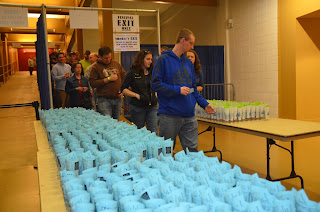 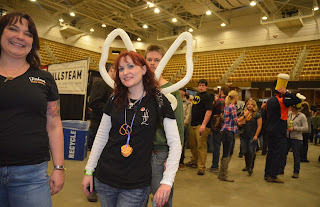 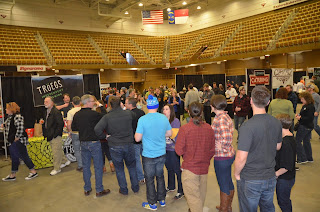 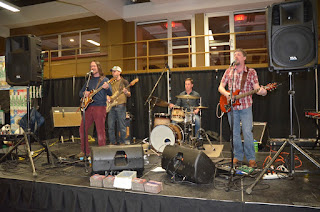 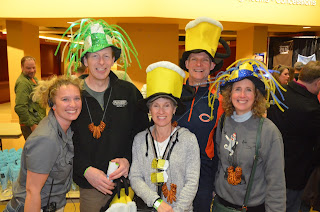 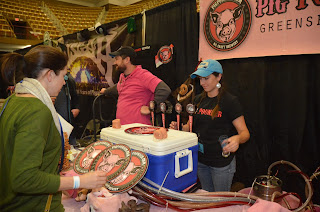 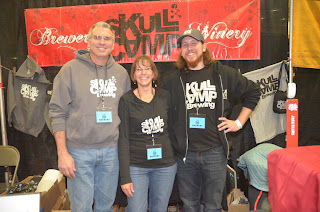 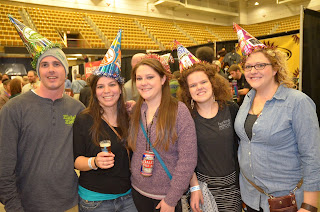 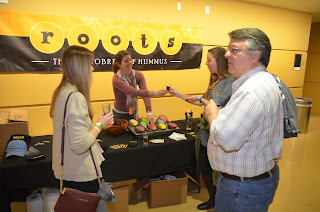 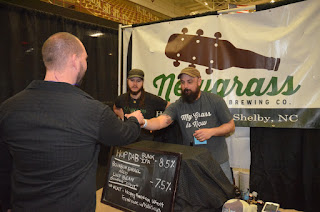 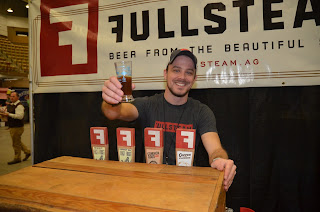 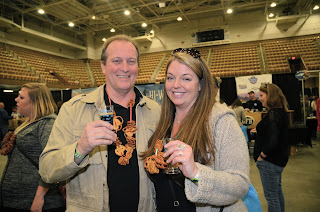 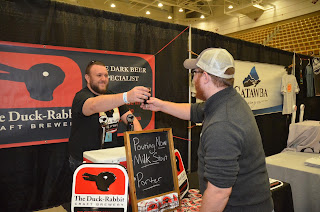 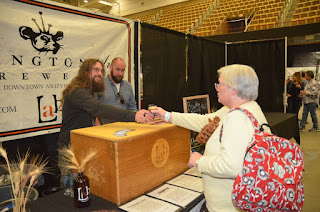 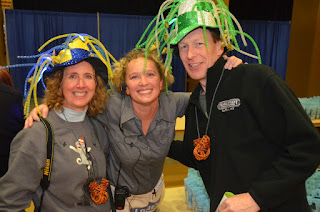 I'll add some captions shortly, but all this beer gazing has made me thirsty!!