Beer Drinkin' and Snackin' During the Super Bowl

Well, yes, but this one has some credibility, in that it comes from Gwen Condon, director of production and quality assurance at Port Brewing/The Lost Abbey in San Marcos, Calif., along with Julia Herz, co-author of an important beer tasting guide. Port, located just north of San Diego, produces some very desirable beers, in a variety of styles. Look them up. 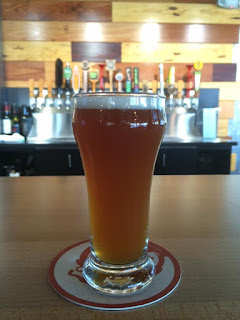 Anyway, one of their recommendations for pairing with guacamole is a hoppy American Pale Ale, which, by fortuitous timing, is a beer just added to the tap menu at Upstate Craft Beer Co., one that I helped (in a small way) Brewmaster Chris Hardin bring to fruition.


Here's the list, you'll have to find your own guac!