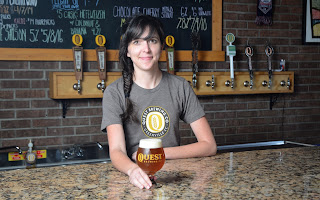 From the day Quest opened, Erin Gregory's smiling face has caught my attention. So I decided to subject her to my Profile Questionnaire (actually done in person) in order to find out why she always appears to be really enjoying herself. 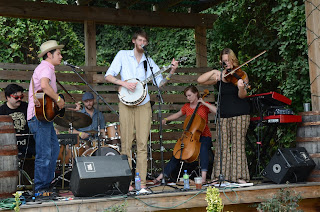 If you've been to any of the many musical or fund raising events at Quest (and who hasn't?), you've most often seen her behind the bar, slinging those pints to an eager crowd, or taking the time to describe the various beer styles currently on tap. 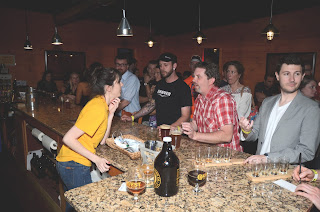 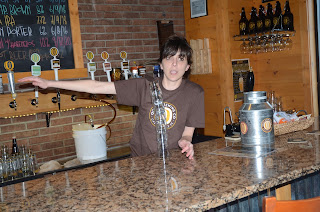 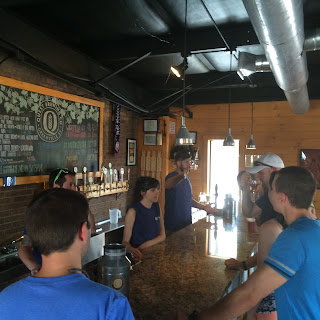 Working at Quest was her first exposure to the craft beer world, up until that time she confesses to have been just a beer drinker. 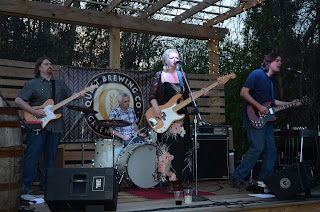 These days, while still taking her shifts pouring to customers or leading tours, she is the official Events Coordinator, responsible for the excellent music acts that hit the stage on Thursday nights as well as working with local community groups in fund-raising efforts and outreach programs. 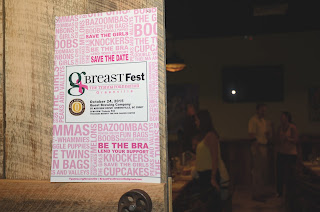 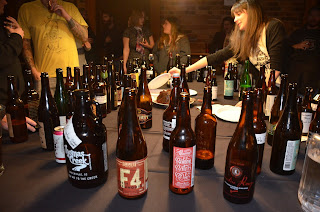 One special event in which she participated earlier this year was a Bottle Share to benefit Greenville Craft Beer Week, held upstairs at Barleys,  which also coincided with the birthday of Brook Bristow, Esquire, known to most South Carolinians as the Craft Beer Legal Whiz Kid (that's another story entirely), an event I happily attended. Beers were shared, chocolate cake was eaten and hilarity ensued. Got the pix to prove it! 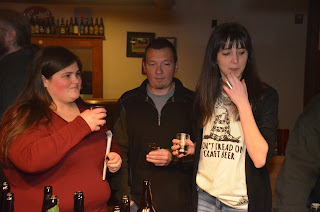 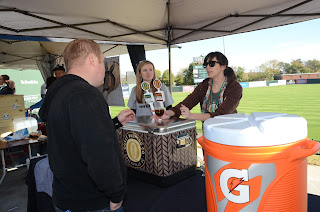 And I have spotted her several times representing Quest at the many craft beer festivals in the area, including Asheville. She's always happy to pour you a sample and to very capably describe the beer as well. She admits to not being a brewer but really enjoying  meeting people and the camaraderie, the "friendly competition" found in the industry, on both sides of the bar. 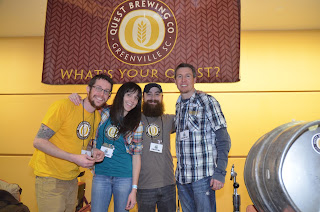 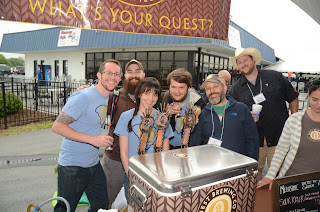 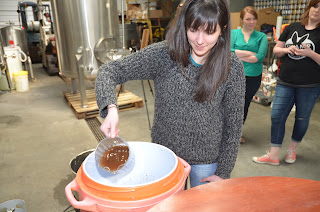 Which is not to say she doesn't have brewing experience.  As her contribution to the Pink Boots Society's International Women's Collaboration Brew Day, Erin joined with some local ladies associated with the industry to brew this year's special recipe, a Red Ale. 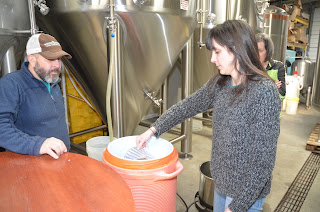 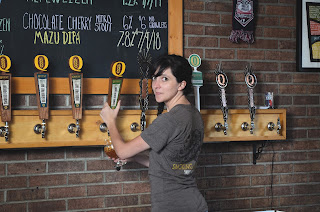 I asked her what advice she would give anyone, especially women, considering
working in the craft beer industry.
"Don't be afraid to try something new.... go for it" was part of her answer. She also cautioned that a newcomer at a startup brewery should expect to wear many hats and help wherever needed, just like she does.


Here's the video clip with the quote:


We'll have lots of opportunities in the coming months to catch Erin at work based on her calendar of upcoming Quest events which include their Third Bottle Release party on Oct. 30 which also fits into the Halloween festivities, a Black Beer Friday on the day after Thanksgiving when all the taps will feature Stouts and Porters, a Kaldi vertical tasting and even some plans for a New Years Eve event, tentatively titled "Brew Years Eve" and still in the planning stages. That'll keep her busy. And us busy, trying out all the one-offs and special cask night beers coming our way. I'm happy to say that I look forward to all that research I'm required to do!


Thanks to Erin for her time, she's a busy lady. 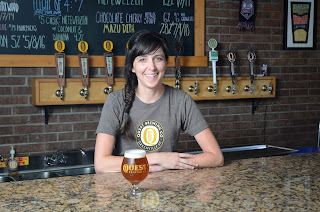