Today I'm profiling a member of the Greenville Craft Beer community, someone I've known almost as long as I've lived here (all of two years, so far): 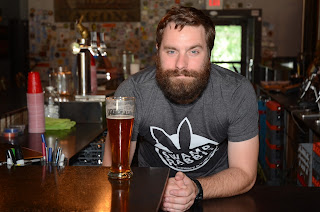 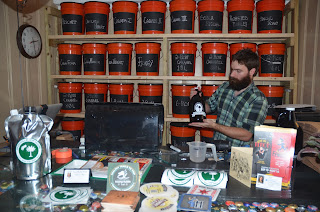 When I first met Andrew Myers in 2013, he was a owner/partner (with Leroy DuBré) at the Greenville Hop House, a retail store for all things brewing, home or otherwise. It was one of only two places in town where home brewers, trying to perfect their existing beer recipes or creating new ones, could get the malts, hops and other necessities to practice their hobby.

When I stopped by the store, Andrew was very generous with his time as well as with his inventory - he donated some cocoa nibs for a beer project that I was about to be involved with. 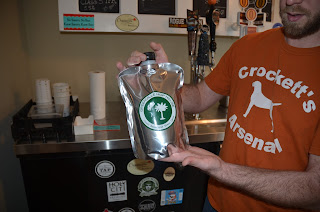 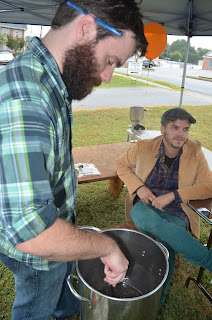 Andrew was well qualified to help home brewers with their needs since he had been brewing with his father as far back as 1999 when they brewed their first beer, an Irish Stout. And his family background in the Appalachian Mountain communities involved home brewing, tho not necessarily just beer.... 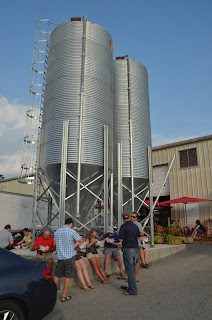 As I mentioned, there was a second outlet for brewing supplies in town, Thomas Creek Brewery, the city's oldest.

Severing his partnership with Leroy, Andrew joined the TC team and combined their operations to offer the most complete inventory of brewing supplies available. He also managed to find time to pour samples and speak at various brew festivals in the area. 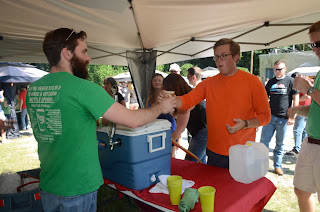 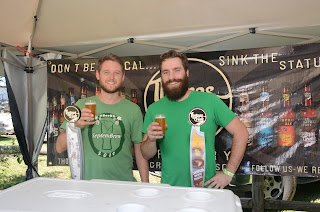 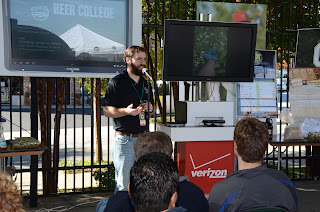 In Spring of this year, Andrew made his most recent move, to assist Ben Pierson, Owner/Brewmaster, at Swamp Rabbit Brewery and Taproom, in Travelers Rest, SC. 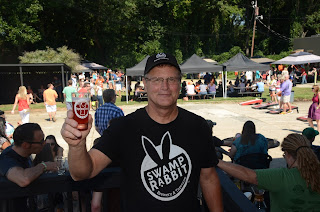 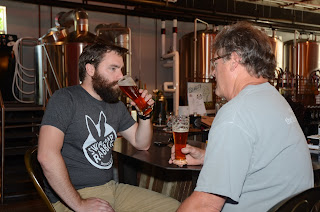 Whether working as a tour guide at RJ Rockers Brewing in Spartanburg or brewing up the latest batch of Red Whitey at Swamp ( a Belgian white ale with raspberries, a Gold-Medal winner), Andrew has been and continues to be an interesting, experienced member of the Upstate Craft Beer community. 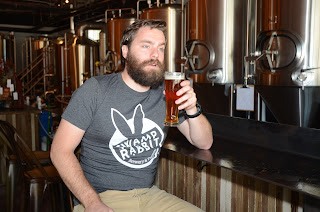 And when asked about advice he gives newcomers to the craft, he'll tell them to visit a brewery, learn to appreciate the freshest beer, be willing to try new, unknown beers to find a style that they really enjoy. And then drink lots of it!

With all the breweries we have in the area, I don't think that will be a problem. 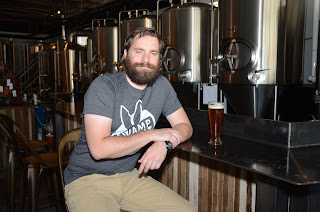