Very enjoyable interview today at Highland Brewing Company with Hollie Stephenson, new Head Brewer, discussing the origins of her special Birthday DIPA brewed for this Saturday's 21st Birthday Party. Still editing comments and photos but will post them on my blog by tomorrow morning. My thanks to Hollie for stepping away from the brewing chores to talk with me. 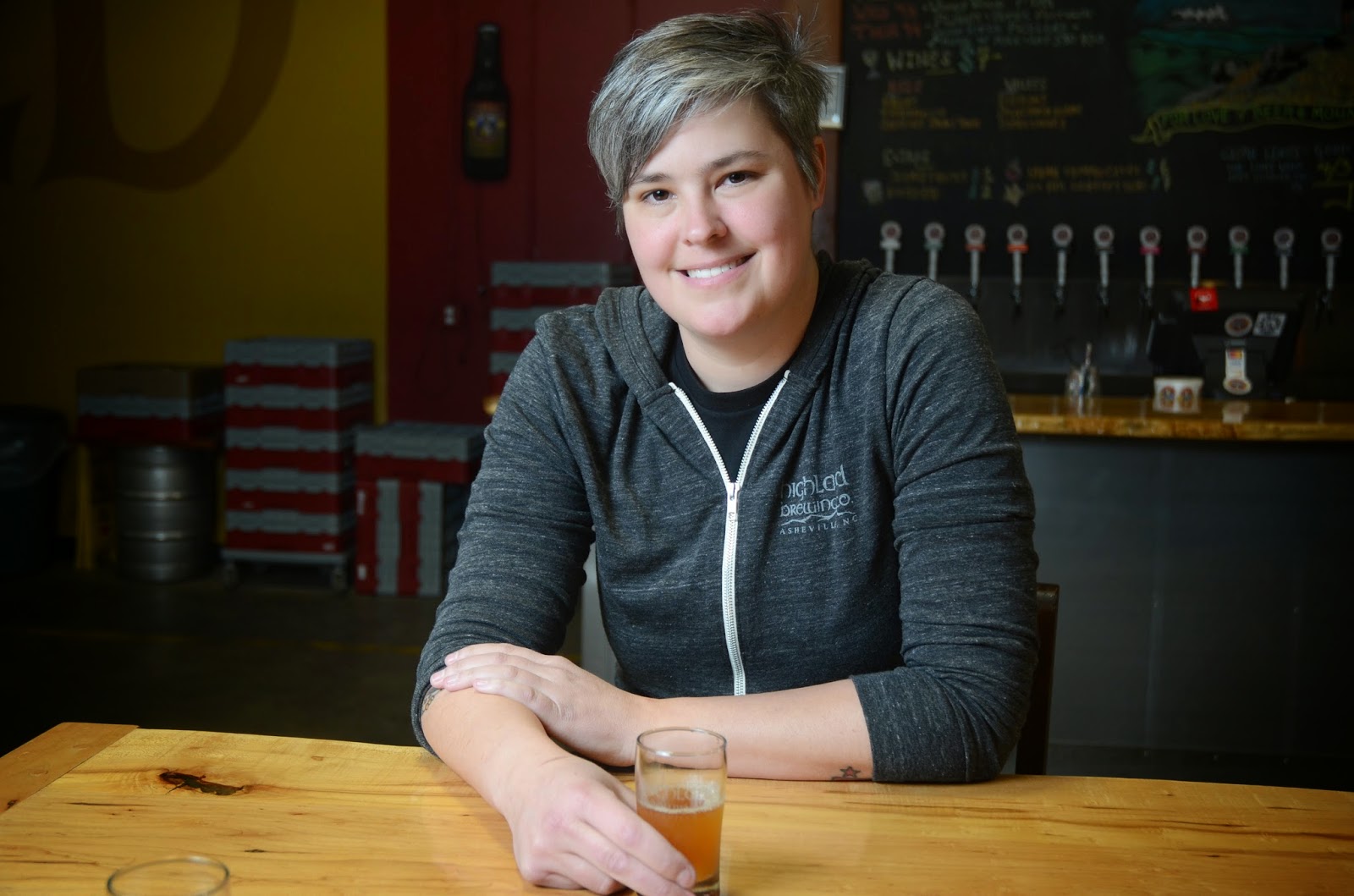 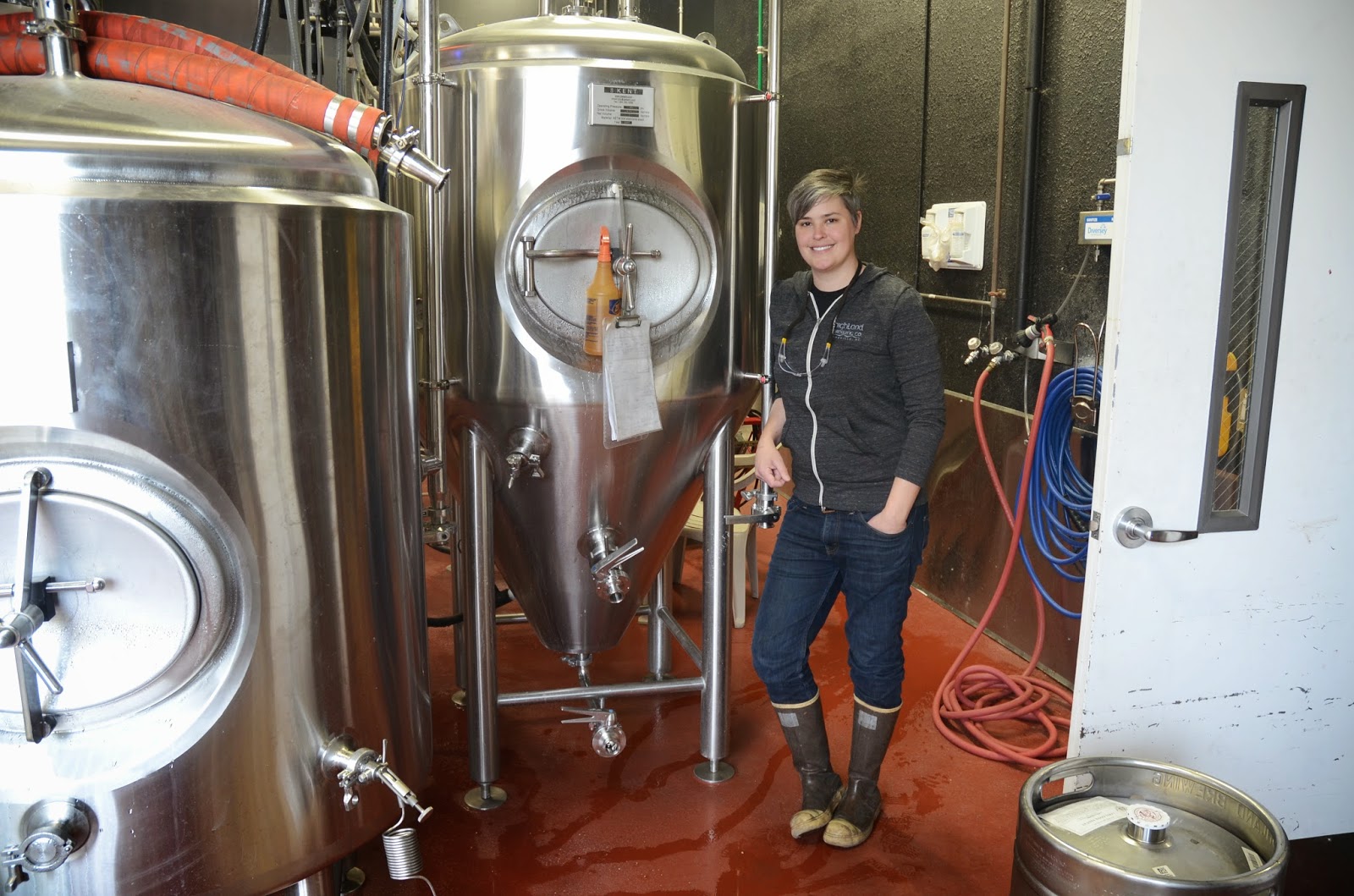 She's standing beside the fermenter that holds the only existing barrels of a specially-brewed DIPA for Highland's upcoming 21st Birthday party for Scotty, their logo icon.

Had a sip, not carbonated yet, but it was delicious, a true West Coast style IPA, with Chinook hops for bittering and equal amounts of Amarillo, Centennial, and Simcoe hops in the whirlpool. A taste sensation for a hophead like me. Eager to try it when finished.
The first keg will be tapped on April 11 at the big birthday bash. It won't last long is my prediction.

Happy National Beer Day and I hope you had a good one.