First of all, it's a brand new animal for the GVille brewing scene, no other place like it in town. Yes, it's a chain with most locations in Delaware and Pennsylvania; this is the first entry into the Southern Market. But make no mistake, this is a serious brewery. Head Brewer Eric Boice has been brewing for 13 years, mostly in Delaware and that experience shows up, certainly in the beers we had. He's a big fan of Kolsch beers and his Upstate Kolsch (brewed on premises) is a classic of the style. Brewers know the challenge of making a successful version and will appreciate this one, I think.

In all, we had 12 beers to sample among our group of seven; all were deemed good, solid brews and all the subsequent pints we ordered confirmed our response.
Eric told me that their plan is to have several seasonals on tap all the time, and those currently in the fermenters range from a BerlinerWeiss (no fruit) to an Imperial Russian Stout. And of course, recognizing the popularity of the style, a new version of the Hipster NE IPA is in the tank, gathering up the goodness we expect.

A topic of discussion among our group was what effect this venue would have on GVille's existing breweries. The consensus seemed to be that Iron Hill will be popular because of it's location across from the Mall and especially with travelers from the three nearby hotels who want a good dining experience (our food was roundly declared as excellent and well prepared) as well as good beers, but will not pull folks away from our local breweries because that's a different experience.
It's certainly not going to take us away from Quest Brewing Company's Ponce release this Friday. Nor from any other local brewery events. We have a very established craft beer community with a loyal following and Iron Hill will not change that.

That said, we all agreed that we would certainly come back to have our faves again and to try Eric's new releases. It's a comfortable, spacious facility with huge colorful graphics on the wall, community tables by the bar and a well trained staff who can seriously discuss the beers on tap (due in large part to the presence of Big Jon Richards, a Cicerone Certified Server and good friend to all of us).

Our beer communities' horizon has been expanded once again. Just be prepared for the next ones already in the beer pipeline.


Why yes, I do have some additional photos, thanks for asking. 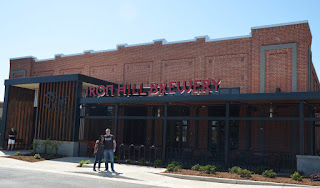 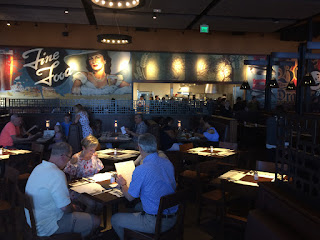 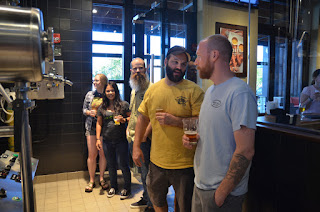 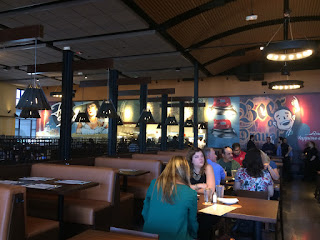 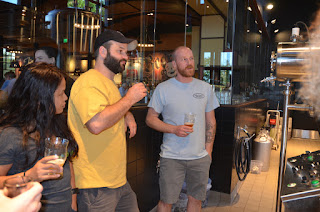 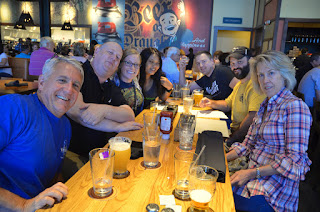 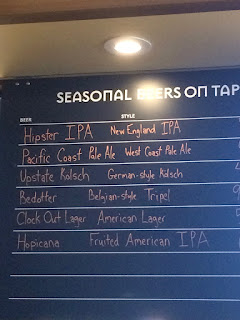