A Wonderful Week's Worth of Beer!

A Week In The Life....
So, sometimes I get asked (usually during a lull in conversations) "what's it like being a beer blogger these days, lots of beer parties and fun events, right?"
Well, the answer is, I guess, that there are indeed many events to cover, tastings to share and, of course, lotsa stickers.

As an example, looking back over the past week that ended last night, here are some events in which I participated (many, many others were taking place without me, it's that kind of town):
On Feb. 22, Birdsong Brewing Co. Launch Party!! happened at the Tap, where Tara Goulet, Birdsong Sales, was on hand to describe the beers as they entered the SC market for the first time. Naturally, I had to try the beers available... tasters only you undestand (sort of the equivalent of a wine spit bucket). I was already familiar with a couple, especially their Jalapeno Pale and Higher Ground IPA. New to me and most of the crowd was the Mexicali Stout. Robust and spicy, not exactly a Spring time beer, but a delight to drink. Keep in mind for next winter.
Movin' on.

Feb 23 was the big rebranding day for Highland Brewing Refresh Reveal Party! in Asheville. Beer Blogging involves travel too, you know. Their new logo and label design was officially unveiled along with some small batch beers that may or not be ever repeated. The new beers tasteworthy and very drinkable; I especially liked the Alternate Cargo IPA. There was also an Imperial Cold Mountain on tap making many folks happy. The weather being very cooperative, the Rooftop was available for sipping and admiring the hillside views. Doggies are welcome up there as well (no pets in the taproom allowed). Memorable way to kick off a new chapter in Highland's long history. Also, congrats to Leah and her crew.
Feb 28, Growler Haus Village of W Gvl was the location for some excellent beer tasting from D9 Brewing Company, with Jessica Lowe, Brewery Rep, present to spread her enthusiasm for their beers. I confess I didn't need any encouragement, having been a long time fan of theirs. In fact, thinking back, I believe Whiskers On Kittens was the turning point in my appreciation for sour beers. I enjoyed their Discord Sour ale that night, also the latest in the Systema Naturae Series, this one with Maple and Spruce... sour maple, who knew!

And so, March 1, last night.
Edmund’s Oast Brewing Co. Launch Party! This is the kind of event that makes beer blogging so much fun. 9 beers to sample (free!) and 5 on tap for pint enjoyment. Edmund's is new in our market, cans especially, so those of us who have been to their brewery/pub in Charleston were very excited by this opportunity to try some of their new offerings. Hard to pick a fave from the collection tho I did choose Enchantment Under The Sea and Bound By Time to have as pints. I did see several folks drinking the Azathoth Imperial Stout as well, so the variety of styles ready to sample was a crowd pleaser. I chatted briefly with Cameron Read, Oast's Brewing Director, about their brewing philosophy and learned how their most popular beer, Something Cold lager, came about. As Elvis used to say, "what a night!" Thanks to Mike and crew at Tap for making this a blogger's delight!

And that was the week that was!!

Some photos from my greatest hits album: 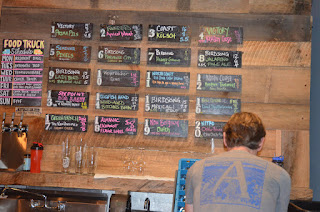 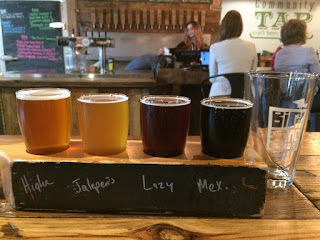 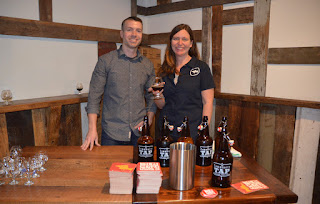 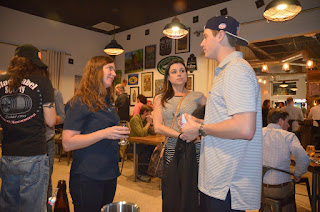 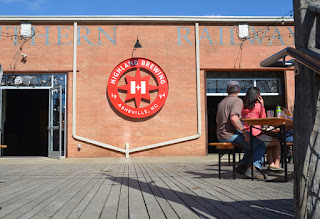 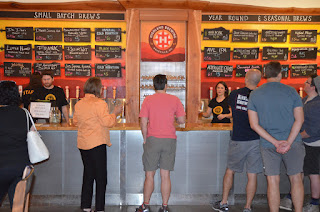 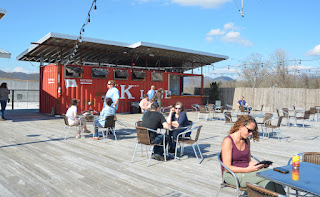 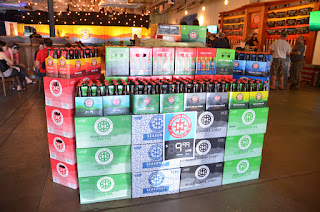 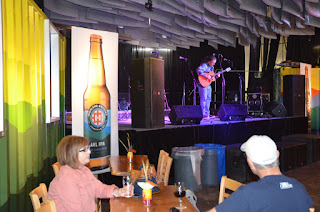 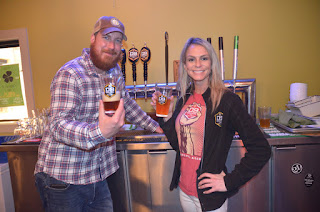 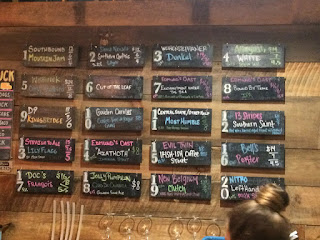 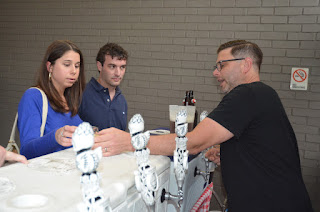 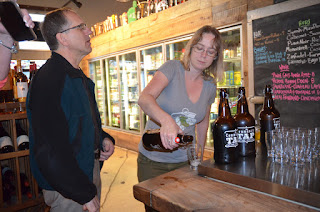 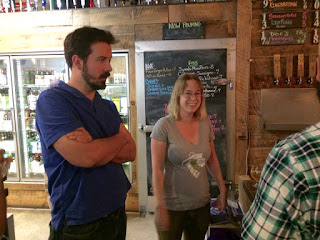 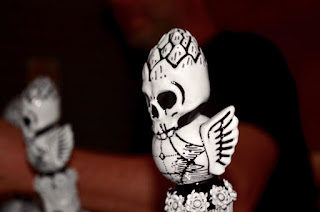 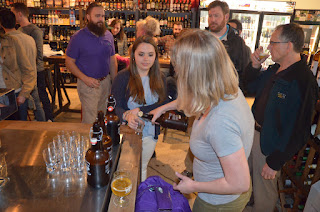