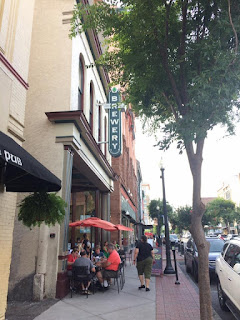 Yowza! Where to begin. After finishing up the GA beer excursion, it was then time to head to Wilmington, NC, to see what was new beer-wise in that area. You'll be pleased to learn, as I was, that there is no shortage of good locally brewed beers to found. As usual, I ran out of time before I could get to them all, so a return trip in the near future will most likely be necessary.
A first stop on any pub/brewery crawl in WVegas is the well known Cape Fear Wine and Beer Pub, which just happens to be a short stroll from Front Street Brewery, so very quickly our crawl was underway.

Next venue was Bombers Beverage Company, a retail store with a dozen guest taps. Tried the Founders' Rubaeus (among others) which is an extremely drinkable raspberry ale. Also contributed to the local economy by purchasing several cans of new brews for us. 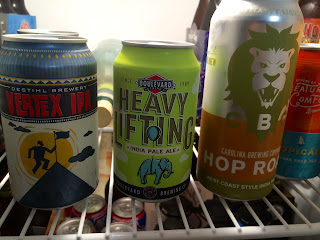 Next day, off to the beach. Oak Island is well known for its good beaches, which we enjoyed while walking to a lunch spot. It's also known for a new brewery, Check 6. 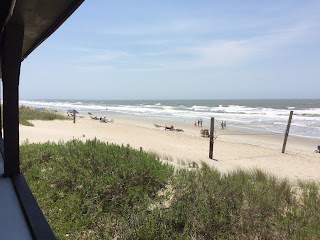 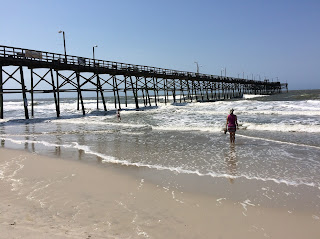 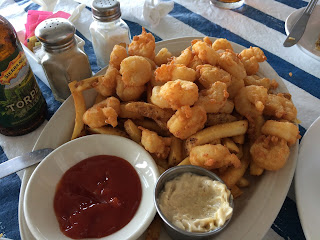 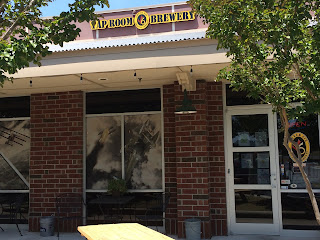 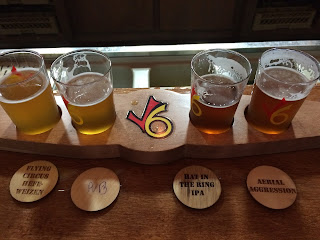 Enough sun, back to downtown Wilmington and my first visit to FlyTrap Brewing! 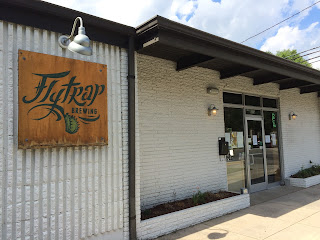 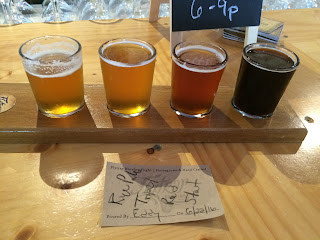 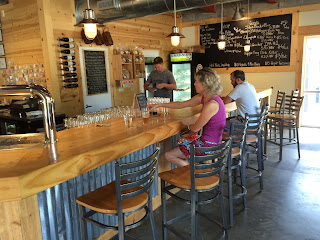 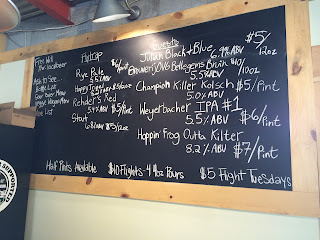 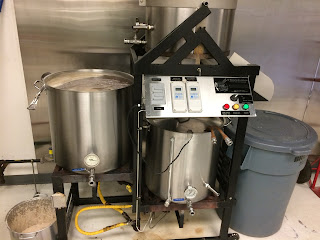 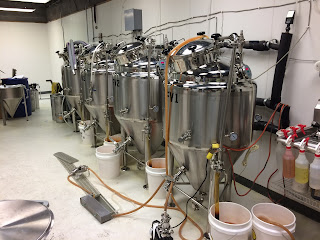 Fly Trap is named for the plant, btw, in case you were curious. Small half barrel system at the moment, but upgrading plans are in the works. We liked the feeling in the taproom and we certainly liked the beer, which is only available here for the near future. Highly recommended, add it to your destination next time you're in Wilmington.