After getting the wort into the fermenters yesterday at Upstate Craft Beer Co., headed over to Birds Fly South Ale Project's new location to join in on a bottle-share and fundraiser. After tasting several rare and astounding beers and hearing Shawn discuss his plans for the facility, forced myself to move on. In this case to Brewery 85's Second Anniversary party. What a crowd! Lots of fans of Will and Jeremy's beers there. Dogs and kiddies in equal numbers too. Good music, good beer and what promised to be a fantastic sunset, even tho Will yelled "last call" at 5 pm. Great day for me and an equally great day for Greenville's craft beer community. 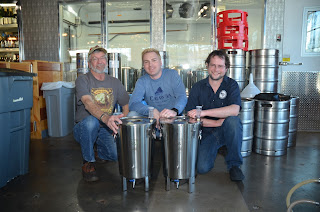 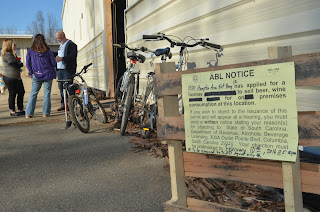 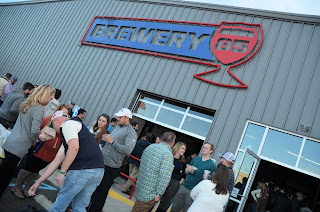