Yesterday's adventure in Asheville was as expected, a fun and beer filled day.

Met artist Nat Dickinson who merged the two beautifully, offering his own homemade beer to sip while admiring his artwork. Tried his Pale Ale, very impressed with the flavor and hop/malt balance. Not a beginner's beer by any means. His gallery is located inside the Riverside Studios building. 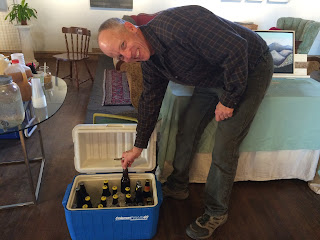 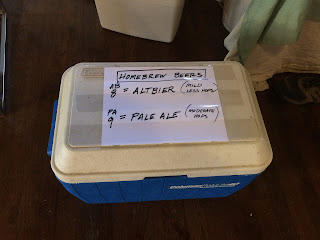 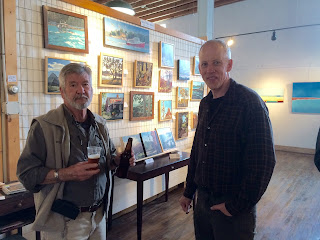 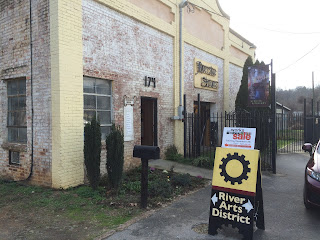 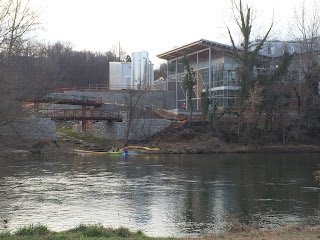 While driving down Riverside, caught a view of New Belgium's new as-yet not open facility. Quick photo shoot, of a view not often seen.

Next, off to Riverview Station where nearly 60 artists work, just down Lyman from the central River Arts District. 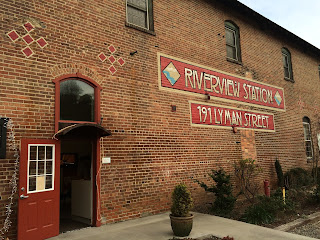 In among all of the appealing art works on display, I found a lady painting with beer! Another timely marriage. Her name is Nadine Charlsen, who works in watercolor (and dark beer), and she was busily adding to her inventory but gladly stopped to pose for a pic. I complemented her on her choice of stouts and offered to take any leftovers off her hands.
See her work at 310art.com. 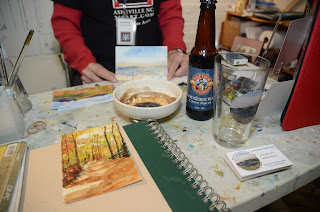 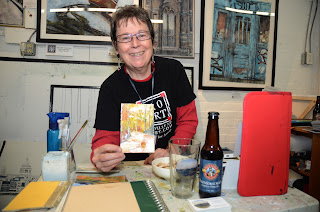 Went back up the road for a sorely needed pint at Wedge Brewing, which was very busy with a crowd that seemed more beer oriented than art. Watched a real train go by while sipping an Iron Rail IPA and snacking on peanuts. Was there ever a better way to end a day? 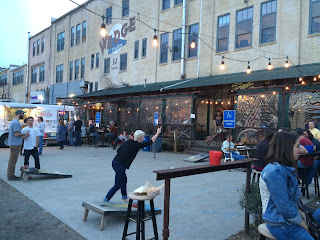 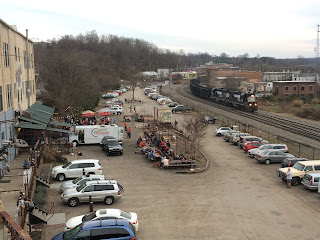 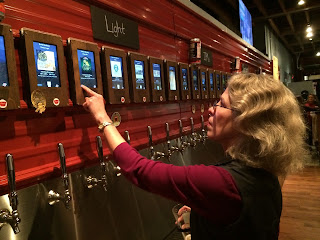 sampling from the myriad of taps available. Fantastic way to sample new brews, paying by the ounce. 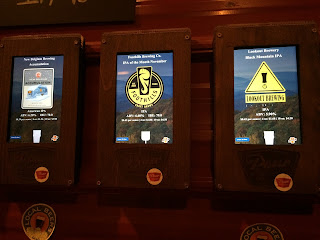 With 30 taps or so, one can spend a lot of time there (and money too if you're not careful). Highlight (of many) for me was that both Prairie Christmas Bomb and Yeti Imperial Stout were in the lineup! 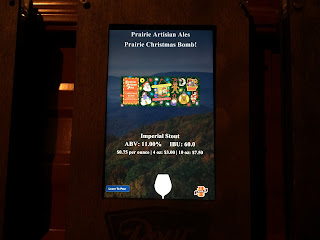 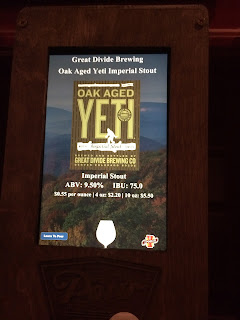 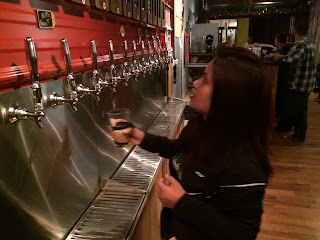 Met our good friends Jason and Mairr Uhrinek there who had earlier joined the celebrationsat Wicked Weed and Twin Leaf. Great spot for hanging out with friends, great city for craft beer lovers and another memorable day entered into the blog.