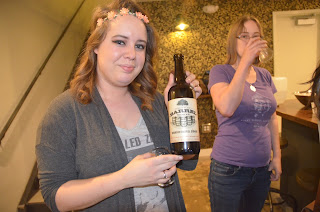 So far in this profile series, we've met both the people who brew the beer and the folks putting it in your glass, whether at a bar/taproom, growler station or a favorite dining establishment. Getting the beer between those points is what Courtney facilitates for her brewery clients, no small feat these days when you consider the competition for tap space at most beer sellers. And also for shelf space, since more and more breweries are adding cans to their bottle selections.

I've known Courtney nearly as long as I have lived here and I can say without reservation that the lady knows beer. From her start at a Taco Mac in GA, with it's 100 taps, to serving at Barleys and the Growler Station (RIP) here in Greenville, she has always been seriously interested in craft beer.

She was one of the first servers in Greenville to achieve the Cicerone Certified Server certification and has begun the examination process for the next level, Certified Cicerone. I took one of the preparatory classes with her, so I've seen first hand her determination to become a genuine beer authority. 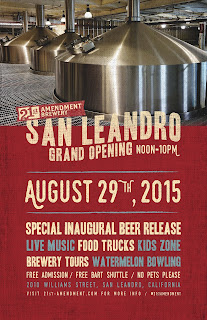 Fortunately Courtney doesn't mind travel cause she's on the road a lot. One of her new clients, 21st Amendment Brewing in San Francisco, has just been allowed to distribute in South Carolina so to better learn about their beers (among my favorites, I should add) she hopped a plane (no pun) to join in the festivities there as 21st opened a new production facility across the Bay in San Leandro, the site of the former home of Kellogg's Pop Tart bakery. More about that later.

Back here a more typical day would see her out with a distributor representative visiting pubs, restaurants or even retail outlets, to educate people about new beer releases they might want to add to their inventory or just to massage an existing relationship. Obviously this kind of work requires someone who enjoys meeting people and talking knowledgeably about beer. That's Courtney!


She's also likely to be seen at one of our local "bottle share" events, adding some new choices to the mix (and finding personal favorites as well). She has told me that her "go to" brews are Session IPAs and Ciders that are light, dry and crisp. No shortage of either of those these days. 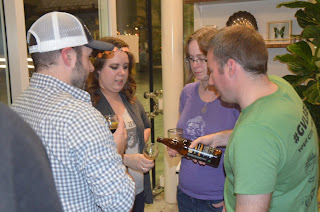 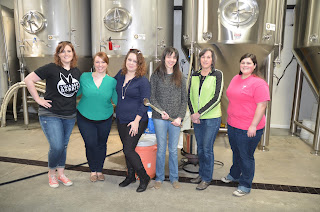 She also appreciates being part of the increasing population of women working in the industry, in all of the various ways. This year she joined with some of those women as members of the Pink Boots Society to celebrate International Women's Collaboration Brew Day  to brew a special ale at Quest Brewing. And once she completes the final portion of the Cicerone Certification exam, she will join a small but very influential group of beer experts.


Oh, remember my Kellogg's Pop Tart reference? Well, as a tribute to the former tenant, 21st Amendment released this very special Red IPA (a very limited release) which Courtney graciously shared with a few of us. It will be on the shelves locally soon, thanks to her hard work, so when you see it, buy it - you'll like it.

I always learn something from her each time we chat about the craft beer scene and I think you might too, so if you cross paths with her, take a moment to say hi and chat about beer. She'll have a lot to say. 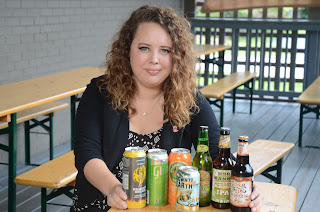