Some New Breweries I Found at the Winter Warmer

Time to sit back and reflect upon all the new beers I am now acquainted with, thanks to Asheville's Winter Warmer beer fest.

I made a point of visiting only those breweries that were new to me (well, mostly) since that is the best reason to participate in such events. So, below a list, in no particular order, they were all good, of ones that I visited (and remembered to take a pic).  Several were from out of state and making their debut entrance to this well-regarded festival.

One of the most anticipated was Great Lakes Brewing from Cleveland.

They were pouring four of their beers, including their very well known Edmund Fitzgerald Porter (7.5% abv) and a special Barrel-Aged Blackout Stout (10% abv). The Porter was easily one of the best I've ever had. Light to medium body, zesty carbonation and a very satisfying roasted malt finish. Well balanced hops keep it very dry.


A very important reason that Great Lakes was so popular is that it's not distributed here, tho they are working on a Charlotte presence in the very near future. So, for the moment, heading out to Cleveland is your best bet of getting some.

Out-of-state brewery, Big Storm Brewing from Odessa, FL, made a colorful display of their cans-only beers. They poured their Arcus IPA (6.9% abv, 81 IBUs) and Wavemaker Amber (5.8% abv, 38 IBUs), both of which were good examples of their respective styles. Maybe they are responsible for all the sunny weather that suddenly appeared in time for the festival.

Not out-of-state but equally welcome was The Duck-Rabbit Craft Brewery from Farmville, NC.
They had two new brews for me on tap, the Milk Stout, (5.7% abv) and their Porter, (5.7% abv). They only produce dark beers and these two were shining examples. I gave the porter the edge, mostly because of the flavor and feel of the finish.

Coming all the way from Charlotte (joke) to contribute to the fun was Bird Song Brewing, pouring two of their Winter Releases, Honey Pie Double IPA, (8.9% abv, 80 IBUs) and The Pride Belgian Abbey, (9.3% abv, 35 IBUs). Both live up the the Festival's Winter Warmer theme.

Continuing with the "Big" theme, Big Boss Brewing Co. from Raleigh, NC, also brought in a winter coffee stout, Aces & Ates. Also pouring (at least while I was there, some of those kegs go fast) was their Night Knight Black IPA, (6.7% abv), which they call a hybrid blend with American Dark and Cascadian Black styles. They all went together very well, it's a full-bodied IPA, nicely balanced and drinkable.

Those were the new breweries on my list that I got a chance to spend some time with. Of course, I couldn't get to some others; crowds, time and my own need for occasional liquid reenforcement just took up a huge chunk of time. Did manage to get a few photos, so if you ever visit the breweries, let them know you saw them here and that I will try to visit this year. Thanks. 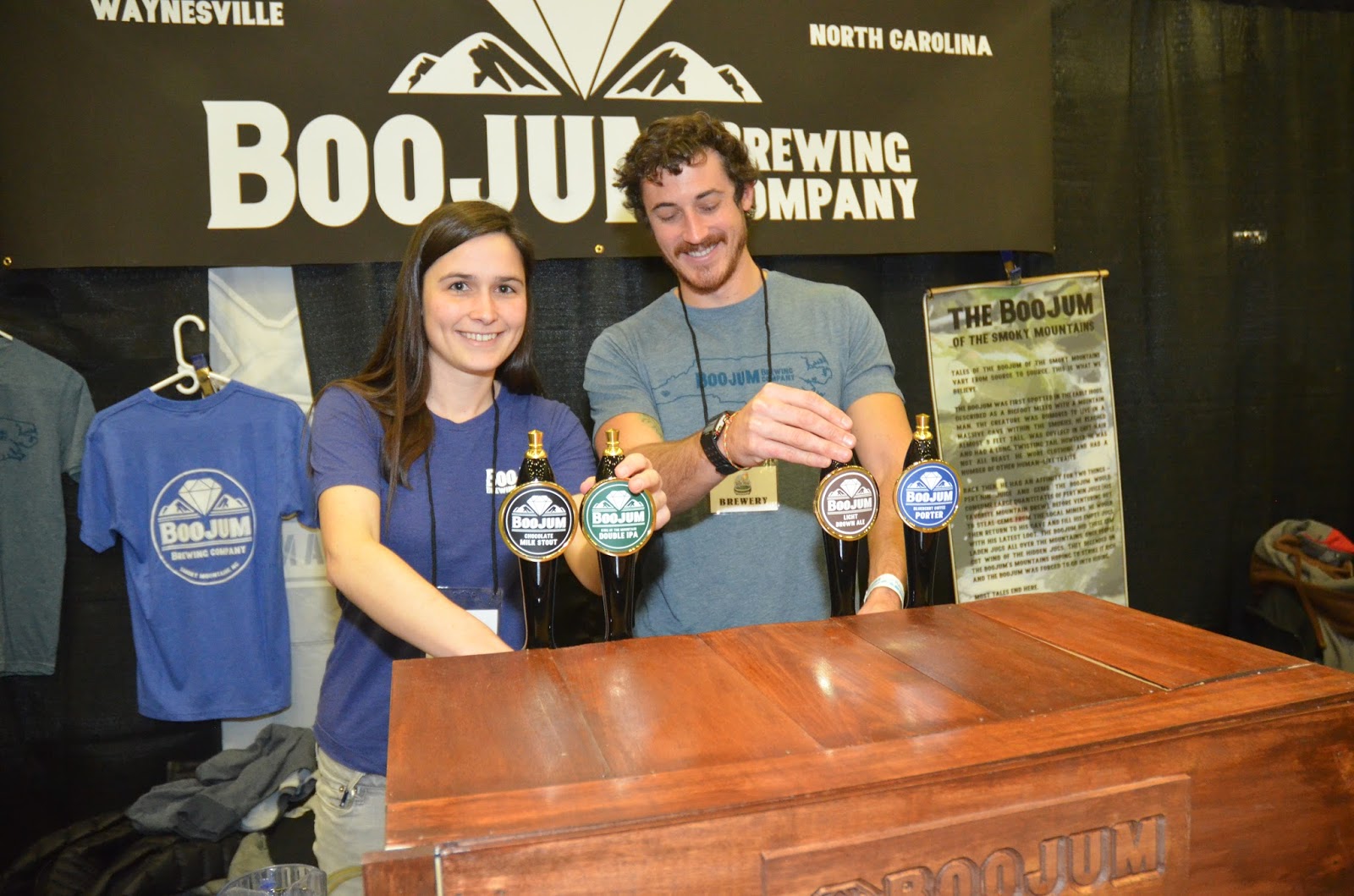 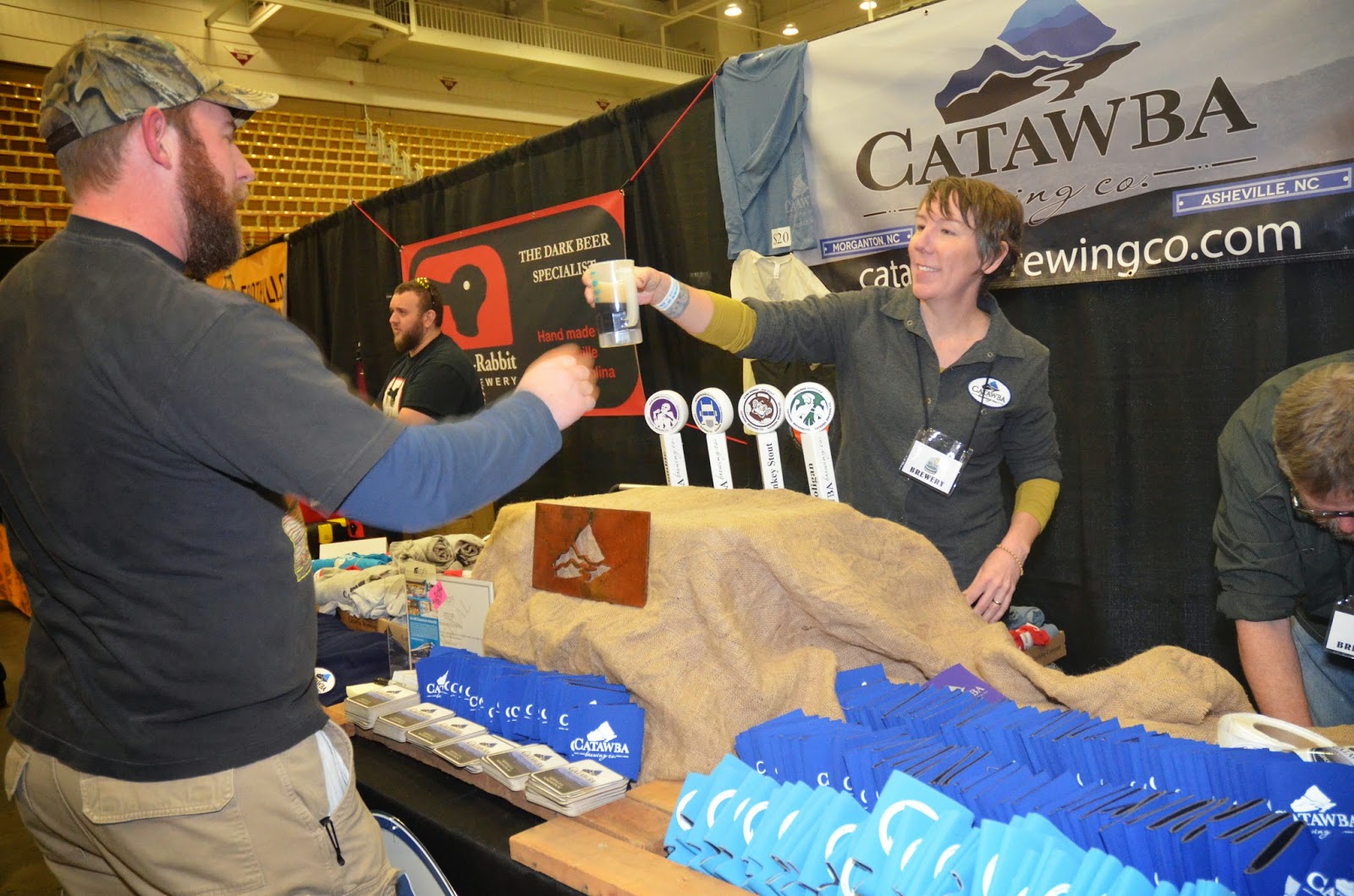 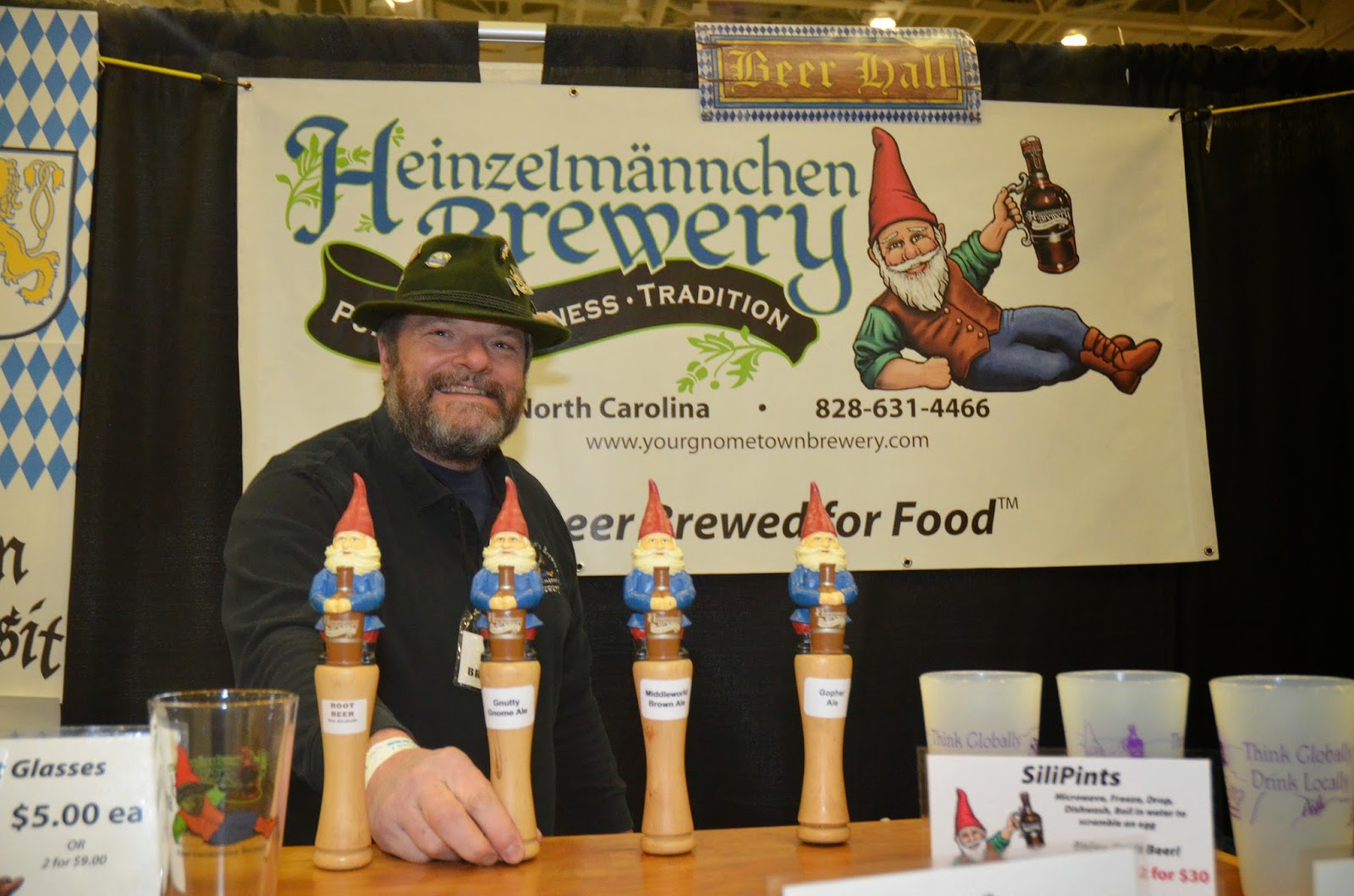 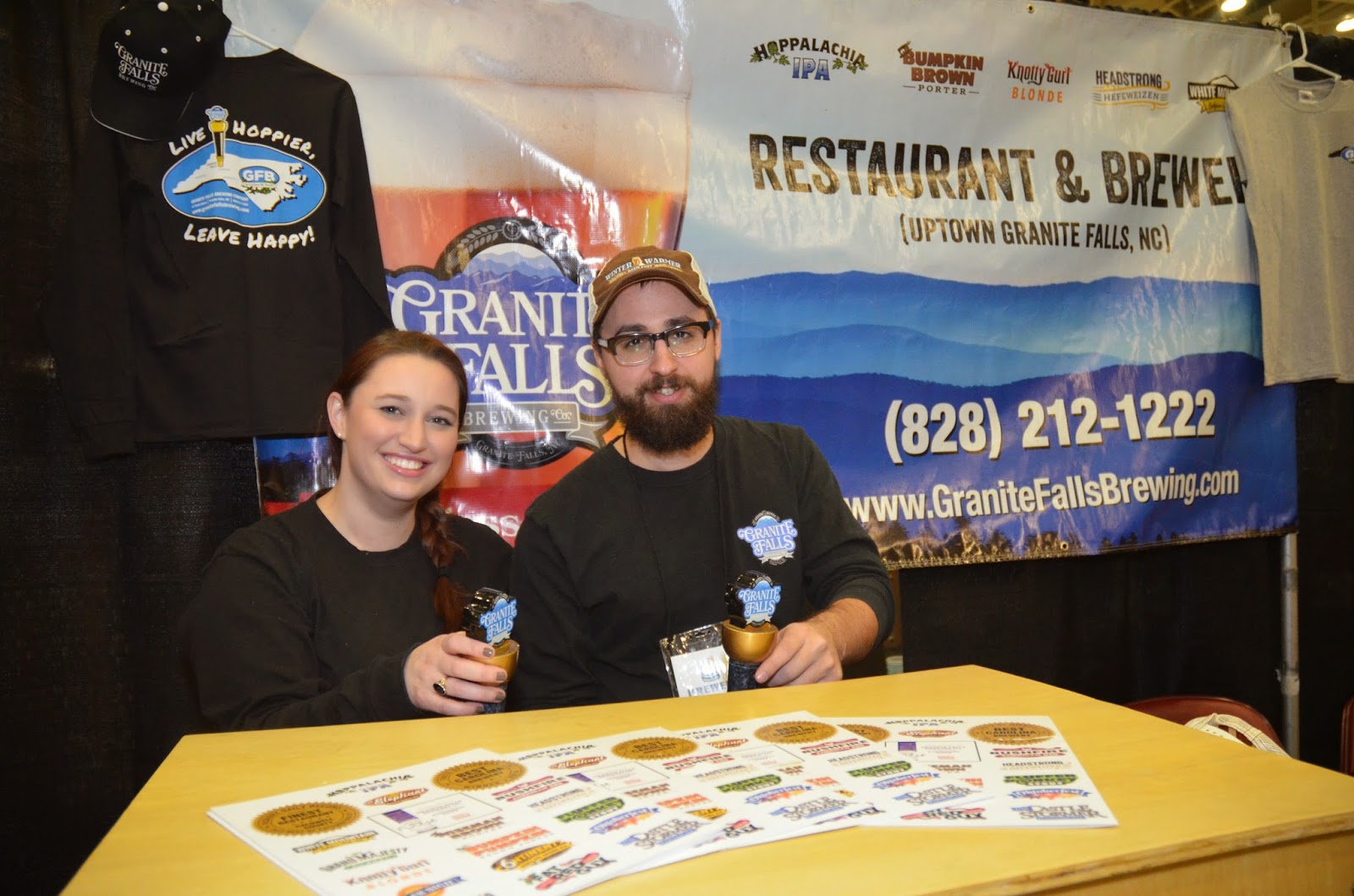 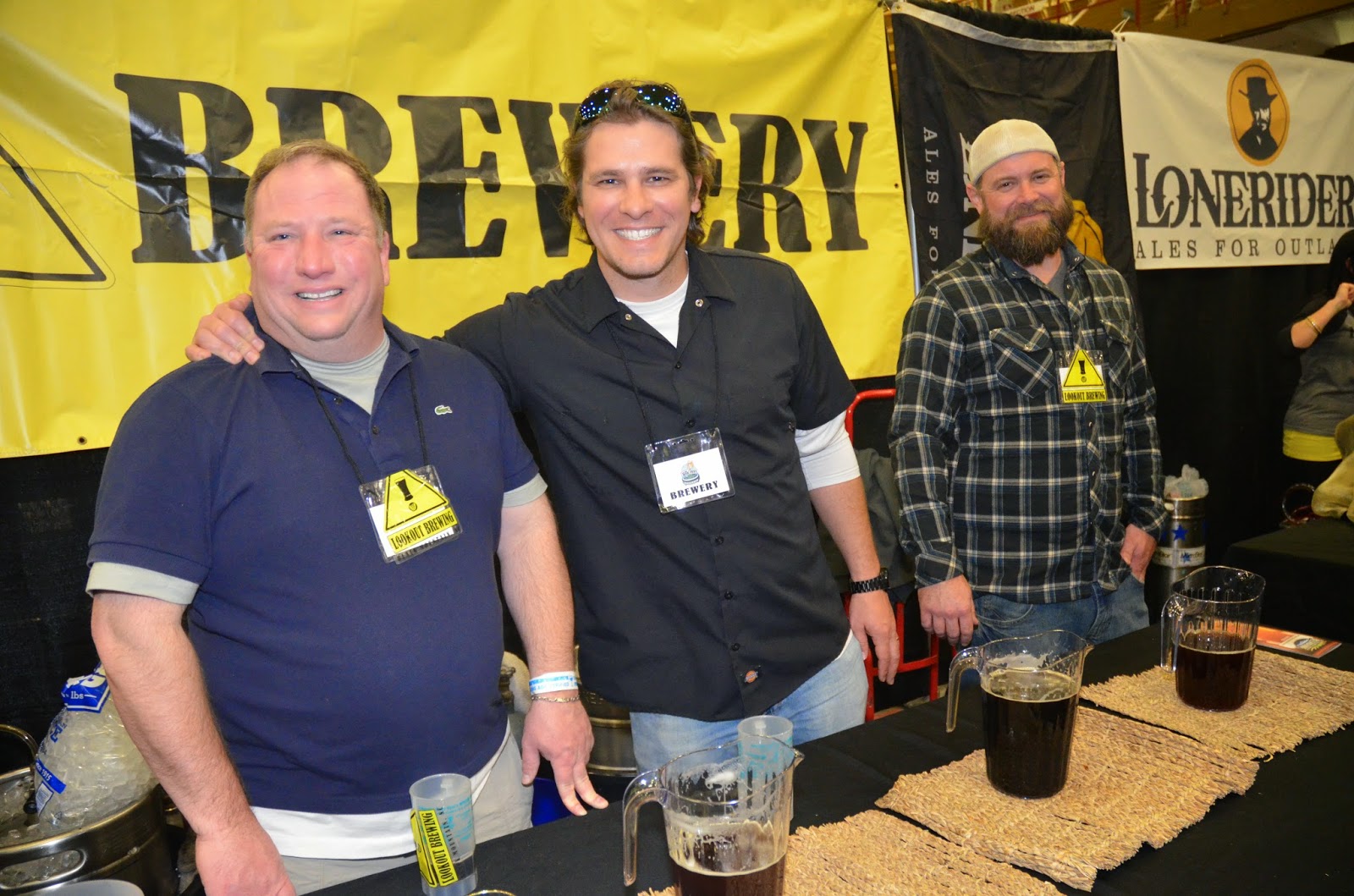 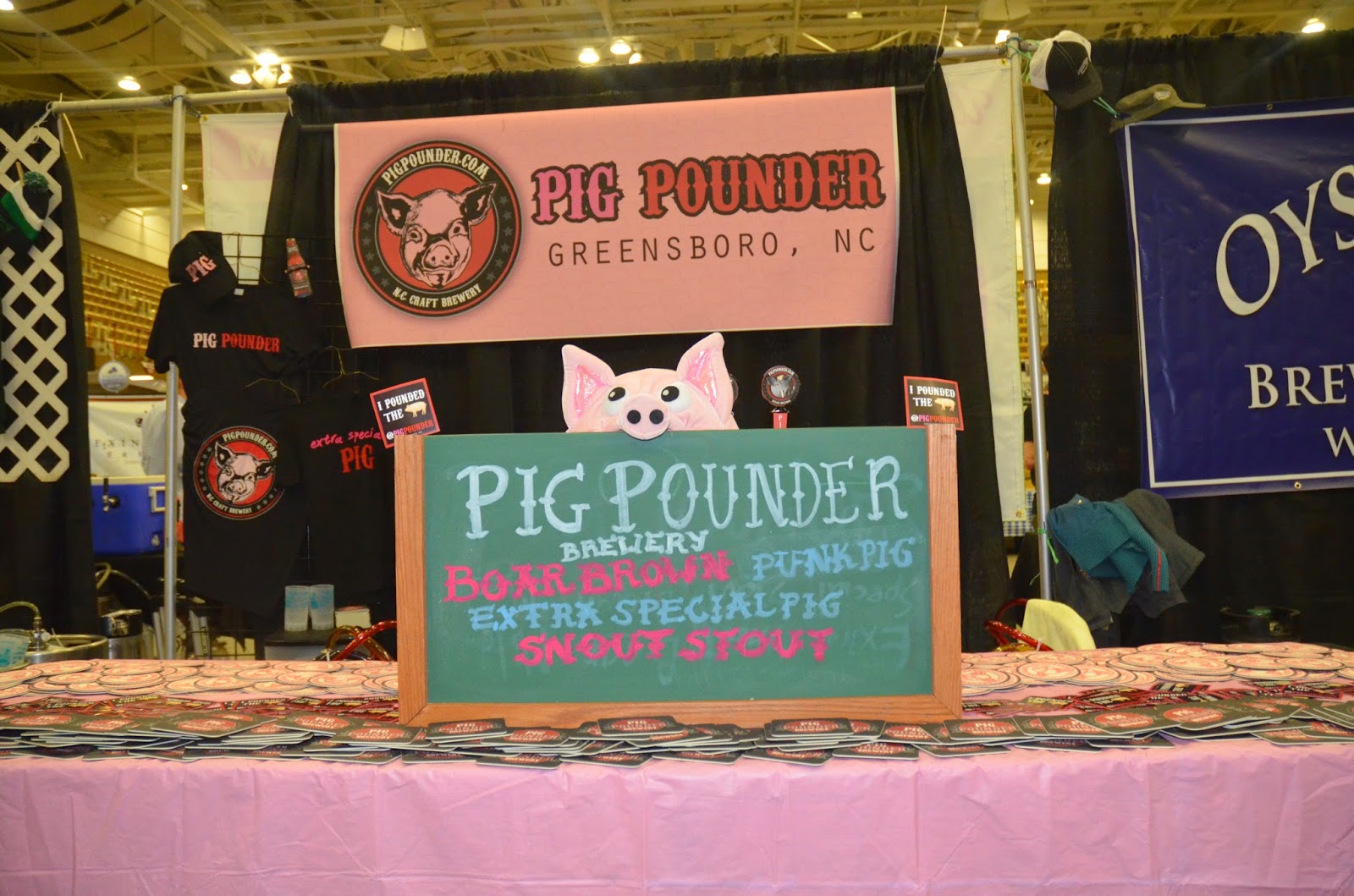 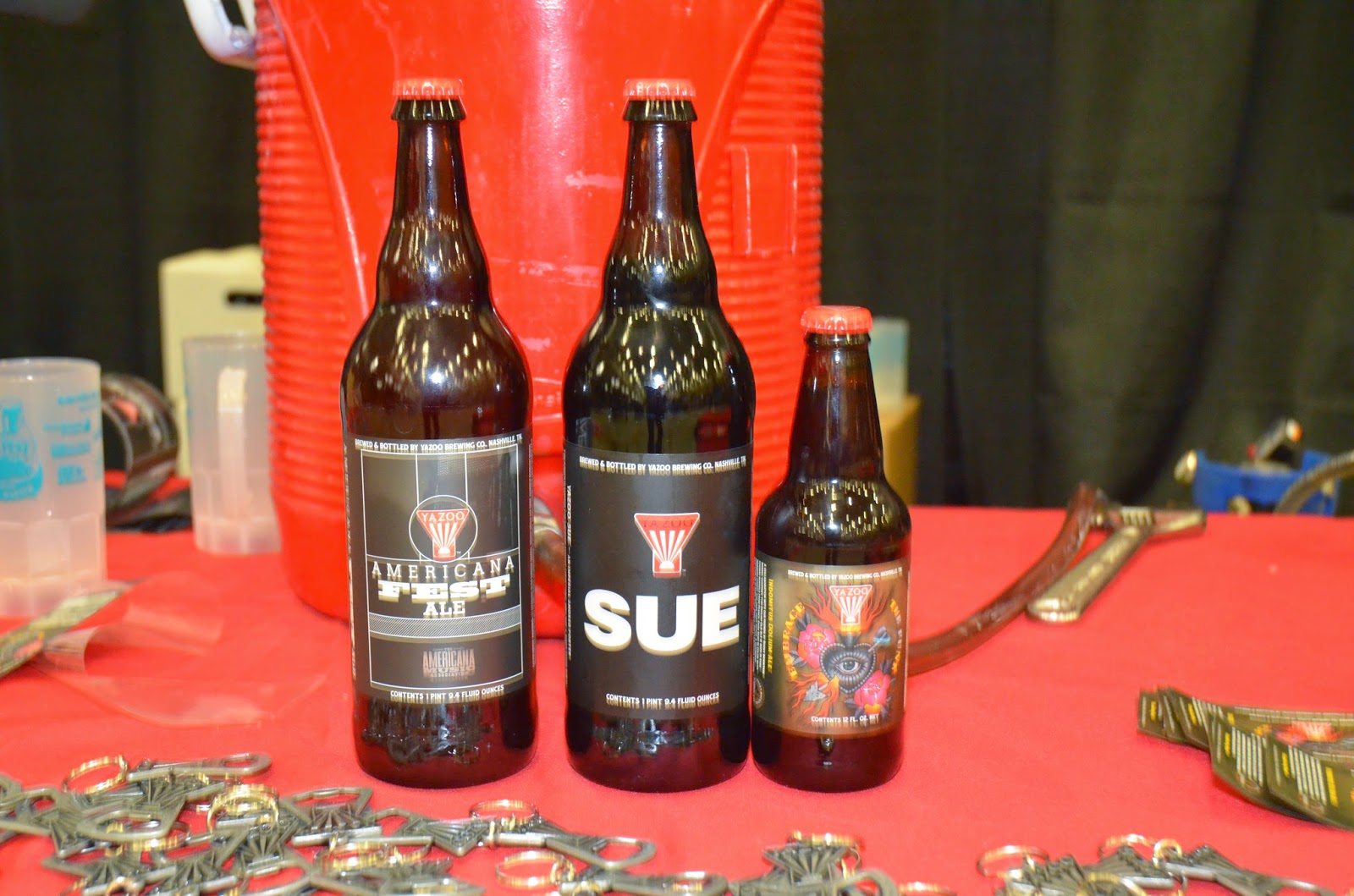 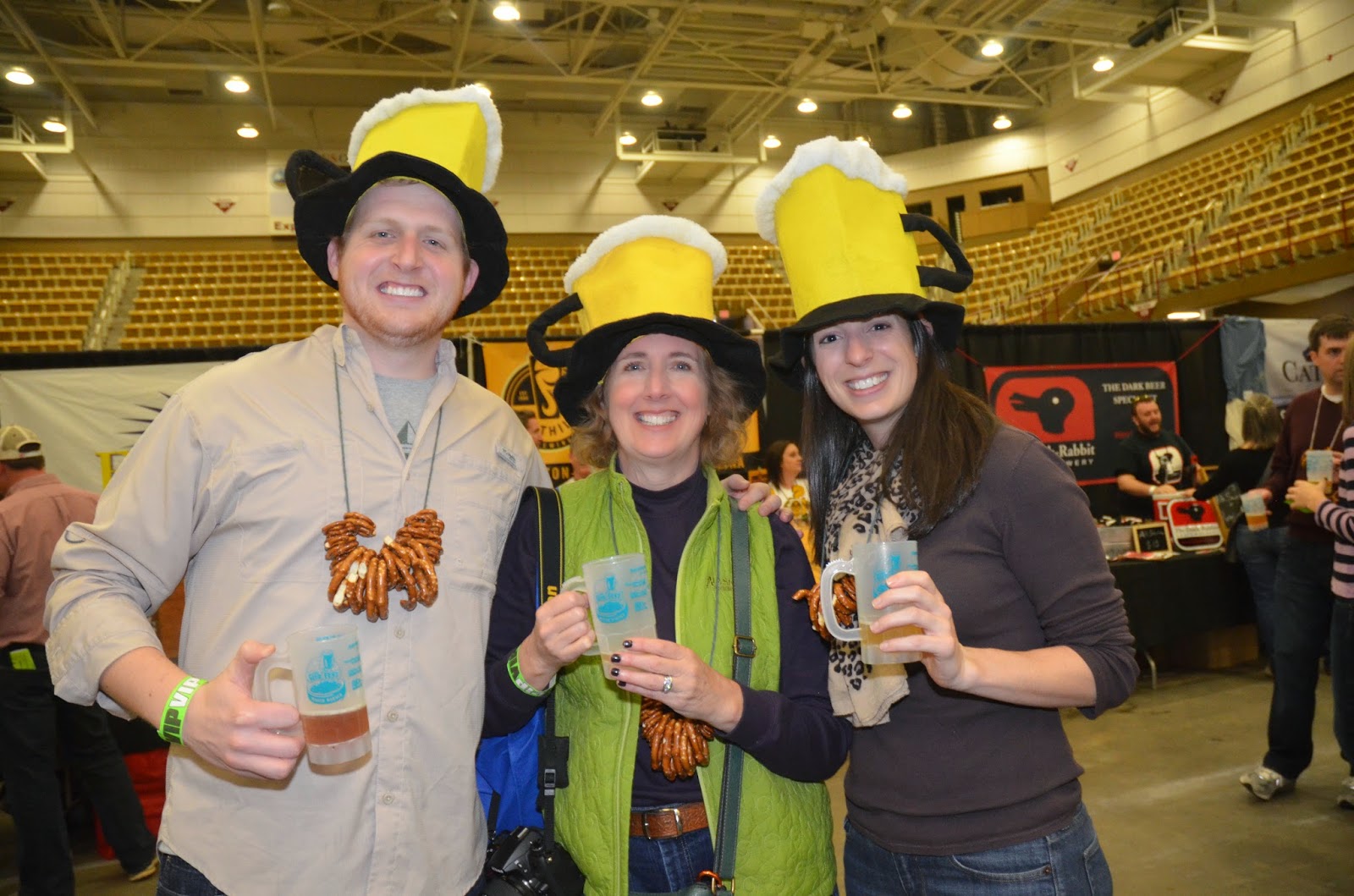