Asheville Adventures (With Beer, Of Course)


Yesterday, I finally was able to make the planned trip to Asheville, NC, ( a mere hour up the road) to get a personal introduction to the several new breweries now operating and to discover for myself what the term "south slope" actually means.

Managed to try a sampler flight in three of them (one was closed on Wednesday; who knew!) and made a short visit to two others.


Hoping that my note-taking skills have improved somewhat, here is how the day went: 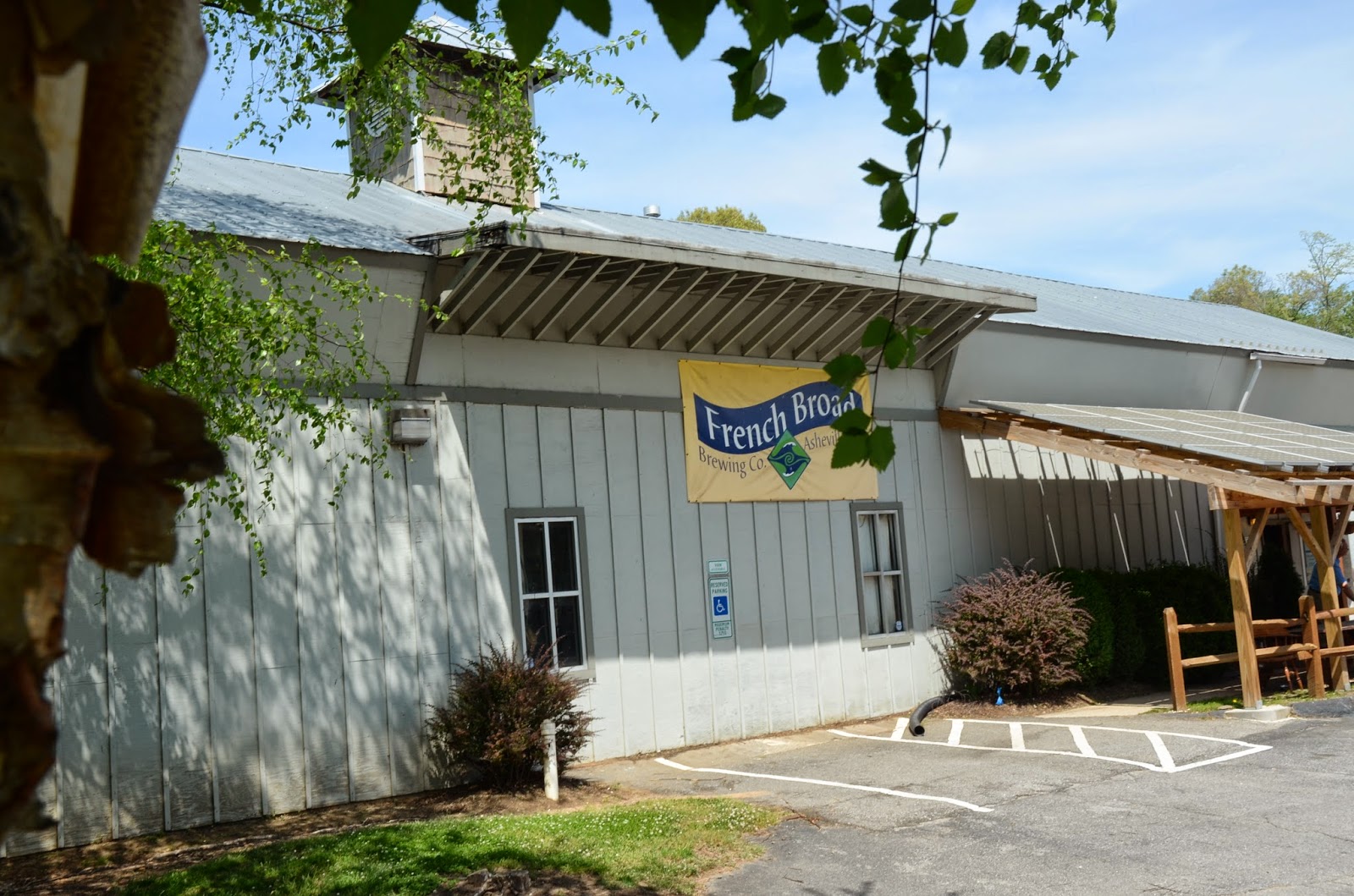 "Since opening our doors in 2001, our goal has been to create traditional European style beers while maintaining the unique flavor that is Asheville."

Sounds good to me. So here's what we sampled: 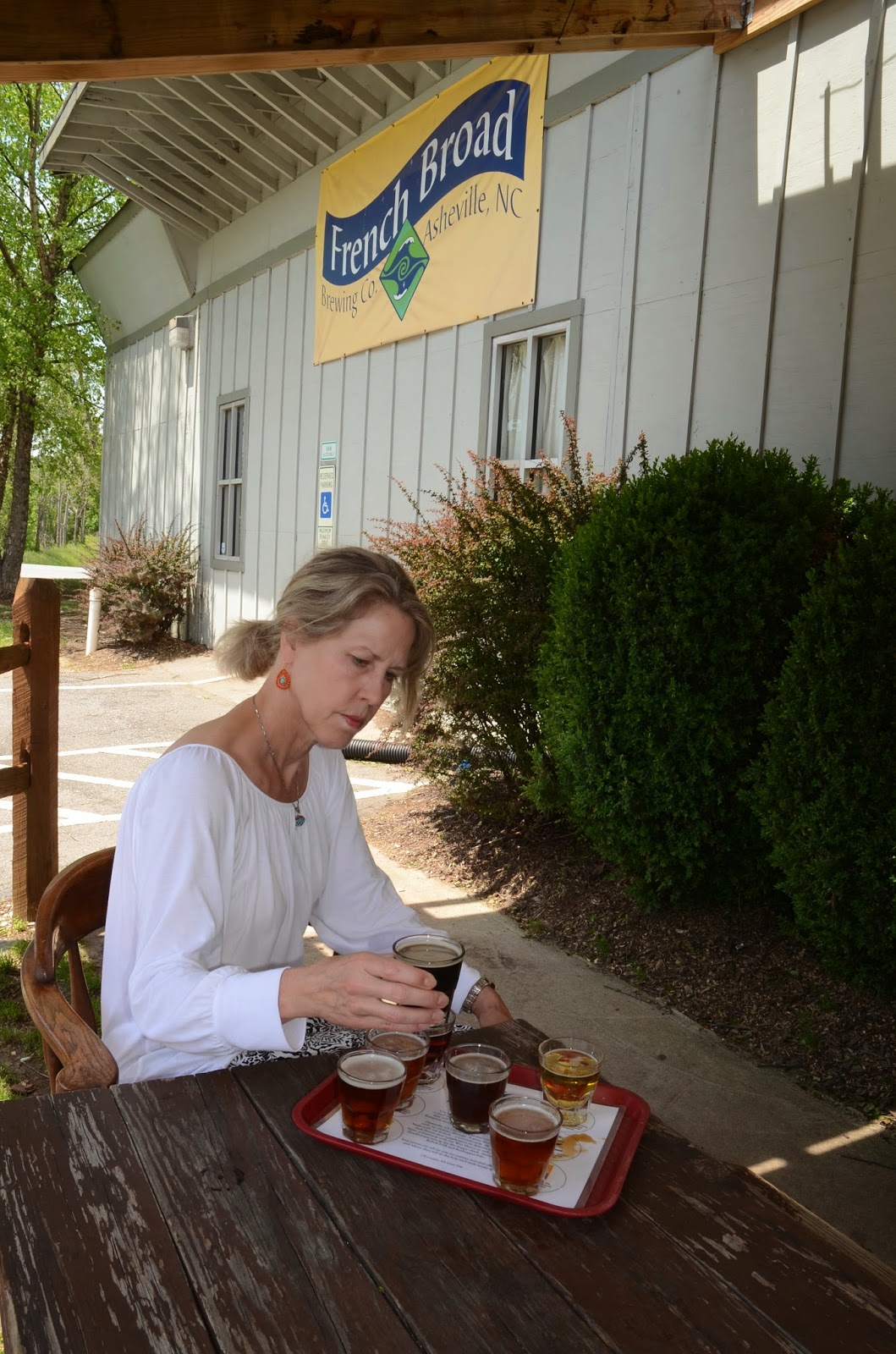 The Ryehopper Pale was our favorite; dank hops in the aroma and in the  crisp and dry finish.


They also have what might be the smallest
canning operation in town: 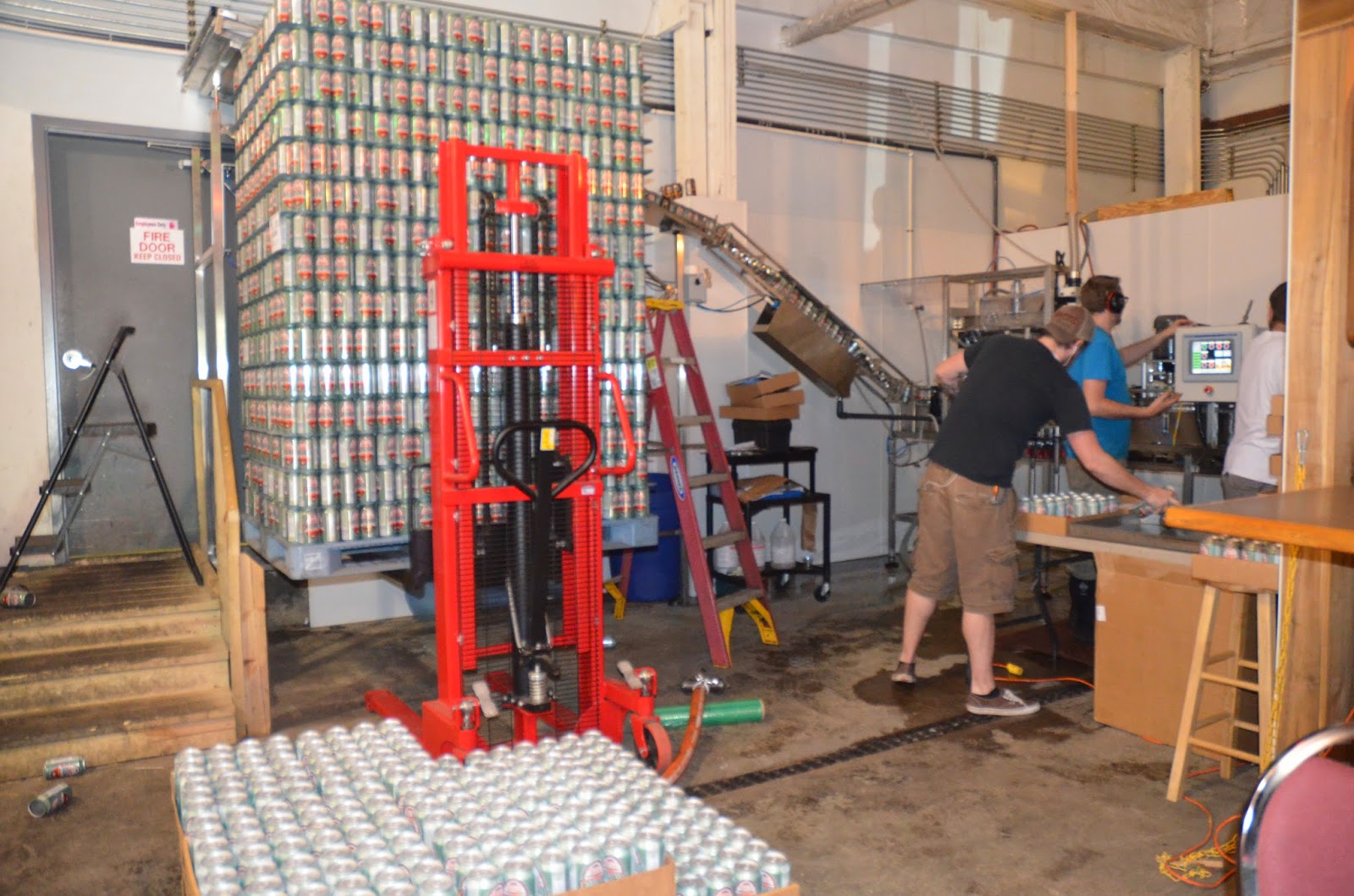 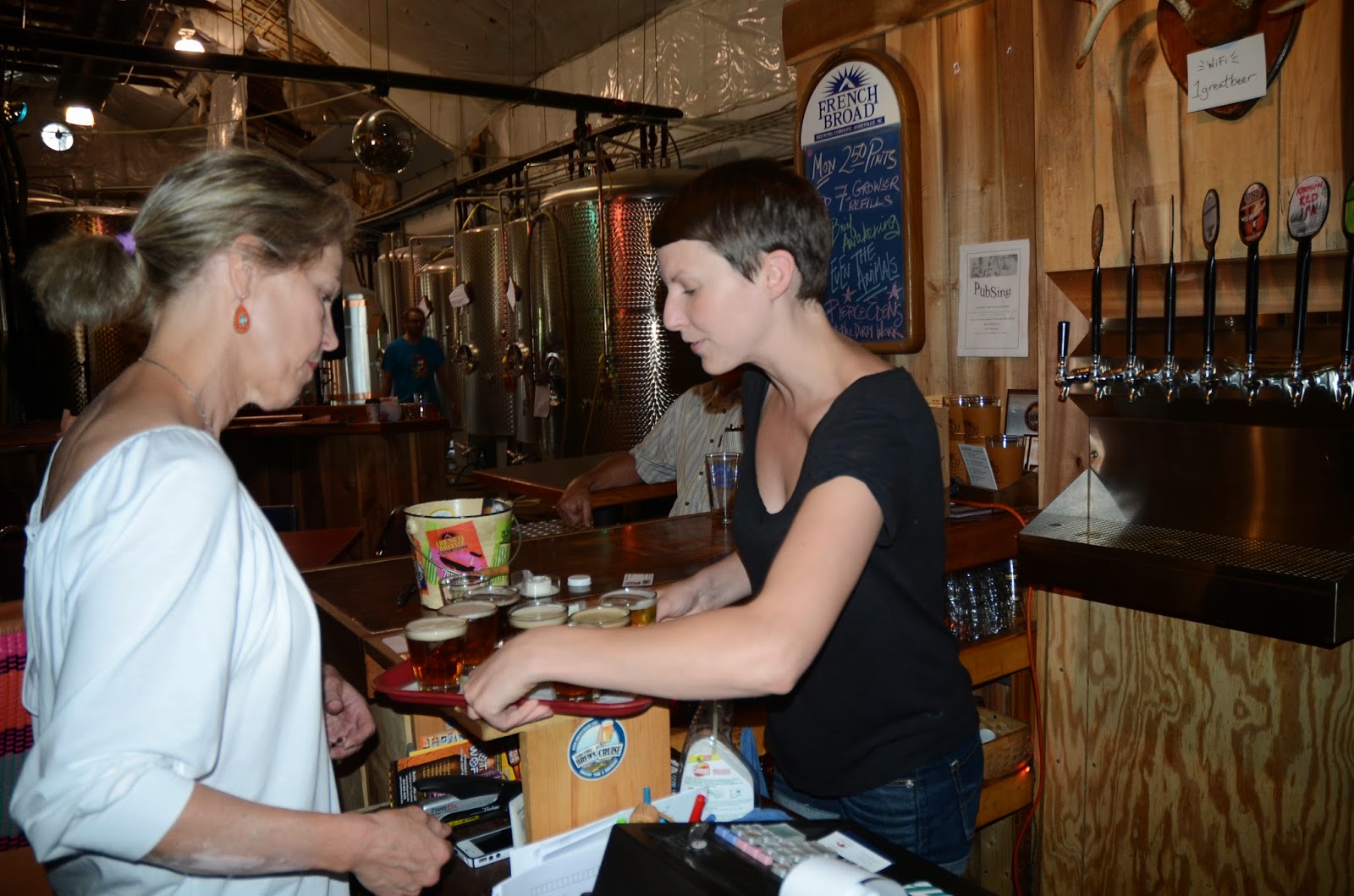 Thanks to beertendress, Arielle Walsh for helping put the flight together.


Next destination, on the now infamous "south slope" (more about that later) and practically down town, was Asheville Brewing. 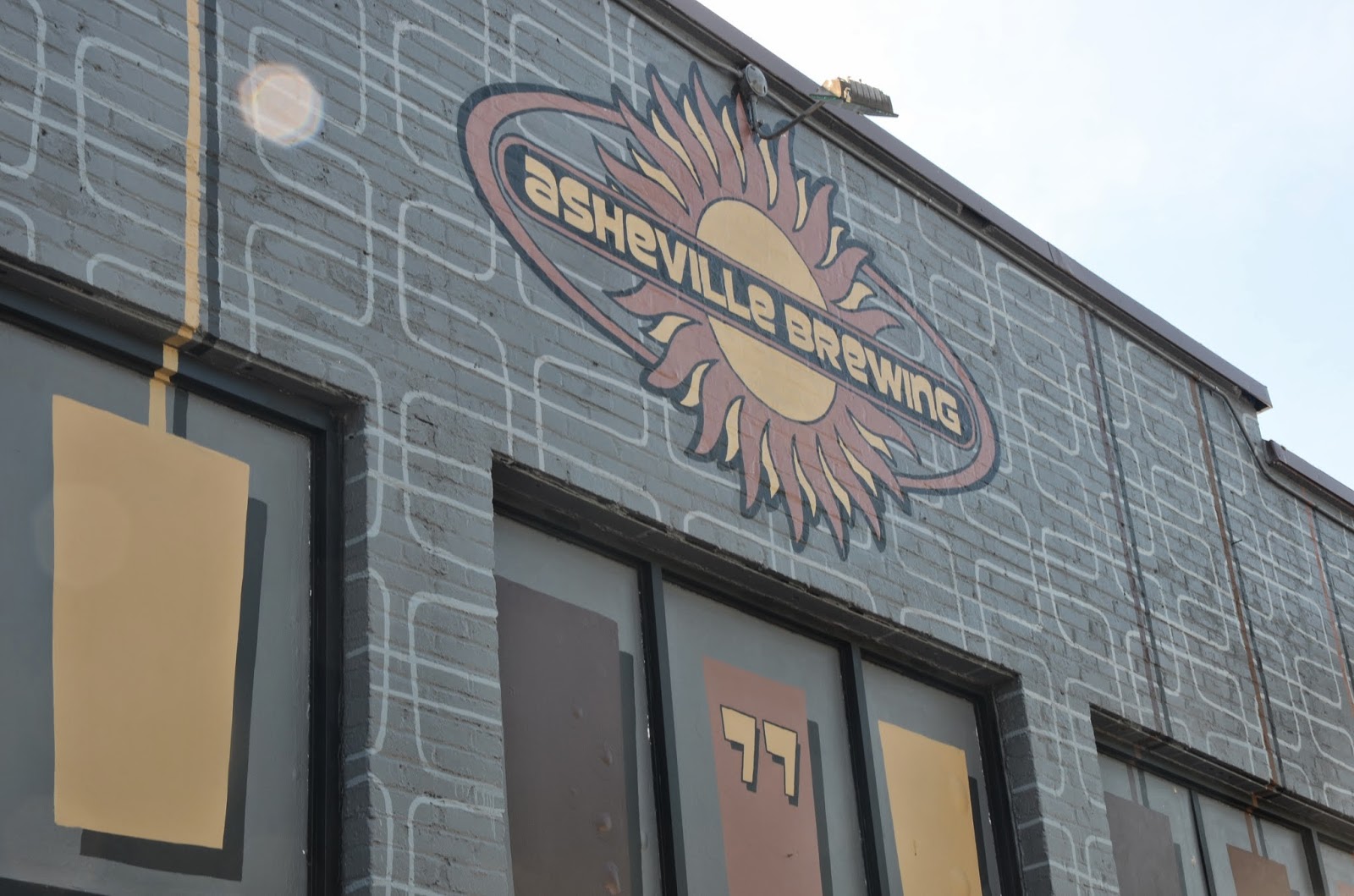 Here's their offerings for the day, from which we chose five to sample: 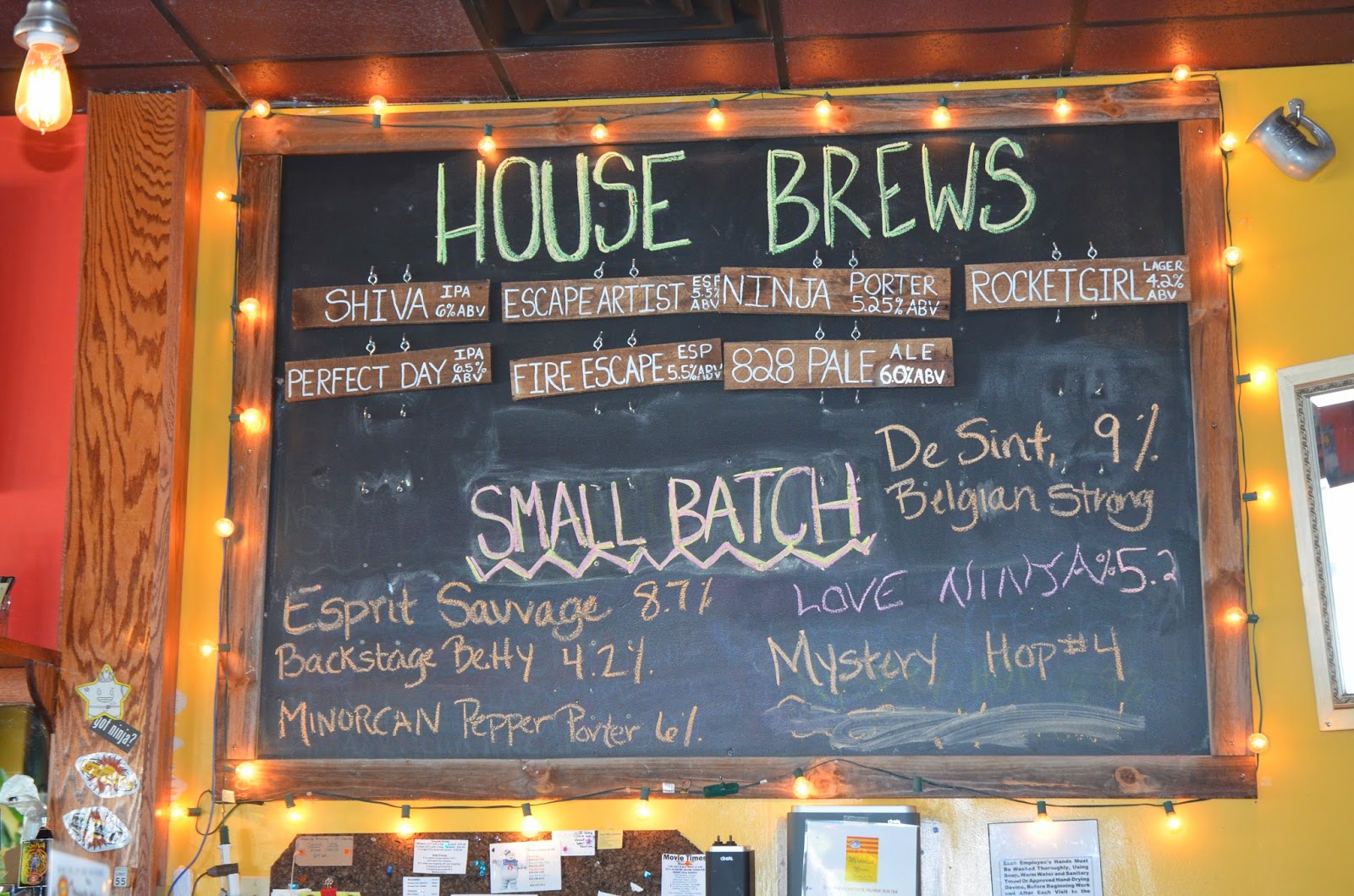 The Mystery Hops #4 was very special for several reasons. One, it's part of a series in which the brewmaster chooses only one hop to use and then, two, refuses to tell the public which one he's chosen, thus making us use our tasting history and memory to recognize and name it. With all the citrus and grapefruity flavor, my first guess was Simcoe but other's consensus was that Citra was the one. Mystery solved!

Just down the street and up a block from Asheville Brewing is one of Asheville's newest breweries, Burial. Unfortunately, they chose Wednesday to be closed so all I could do was take a photo of the exterior with empty parking lot. Another time, then. 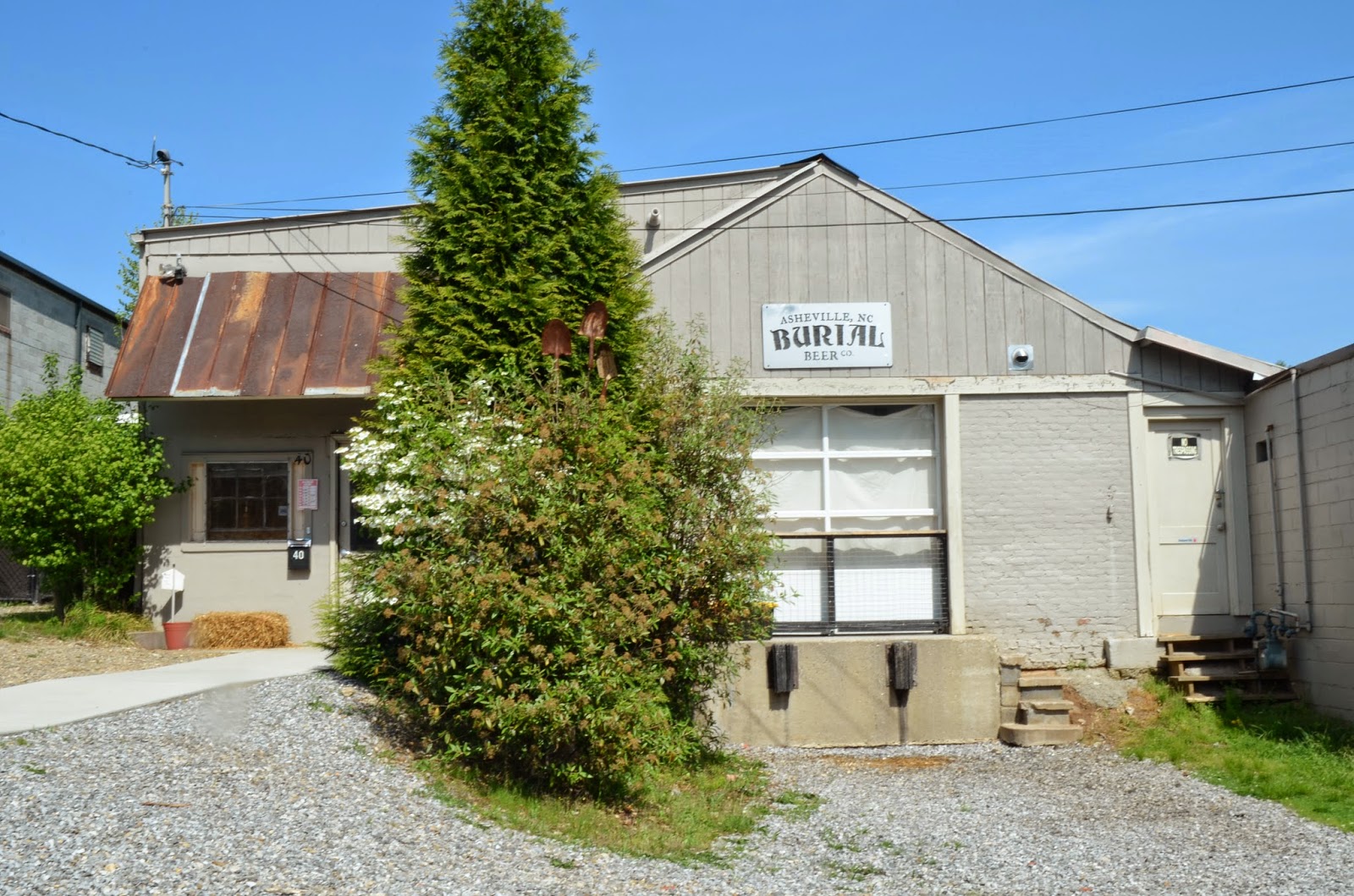 Backtracking to Buxton from Collier, we found this sight:

A Chocolate Factory and a Brewery 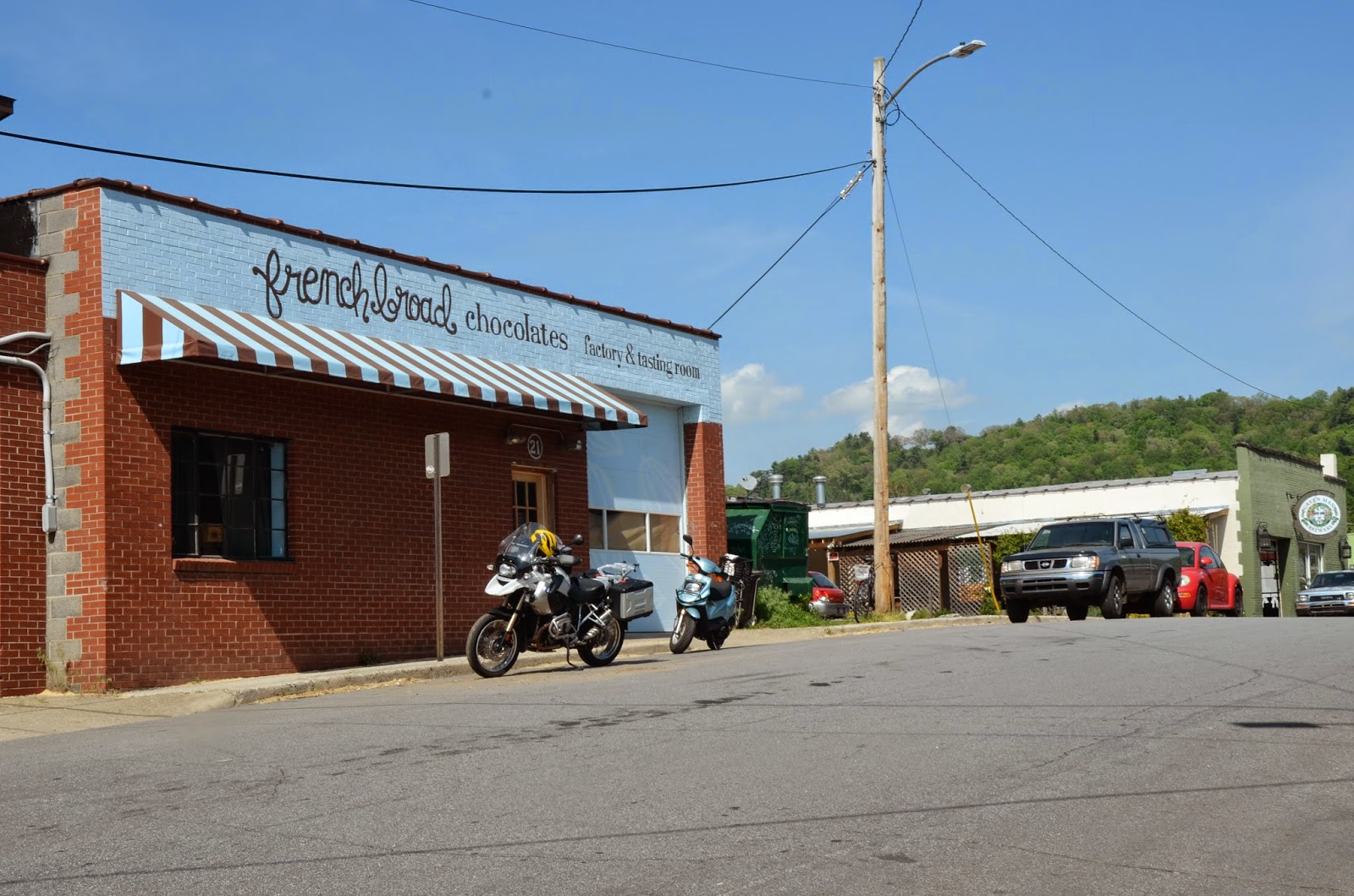 on the same block. A small version of paradise, maybe? Well, since this was a brewery crawl, not a chocolate one, we headed for Green Man, one of Asheville's oldest breweries. Originally a brewpub (1997), in 2010 the decision was made to become a full production facility which now includes 6-packs of selected brews.


This place is a very popular stop on the Beer Tours around town. Green Man is another example of the major expansion efforts going on in Asheville's brewing community. They've expanded their brewing capacity in their new facility on Buxton and plan even more, adding a packaging line and new tasting room. 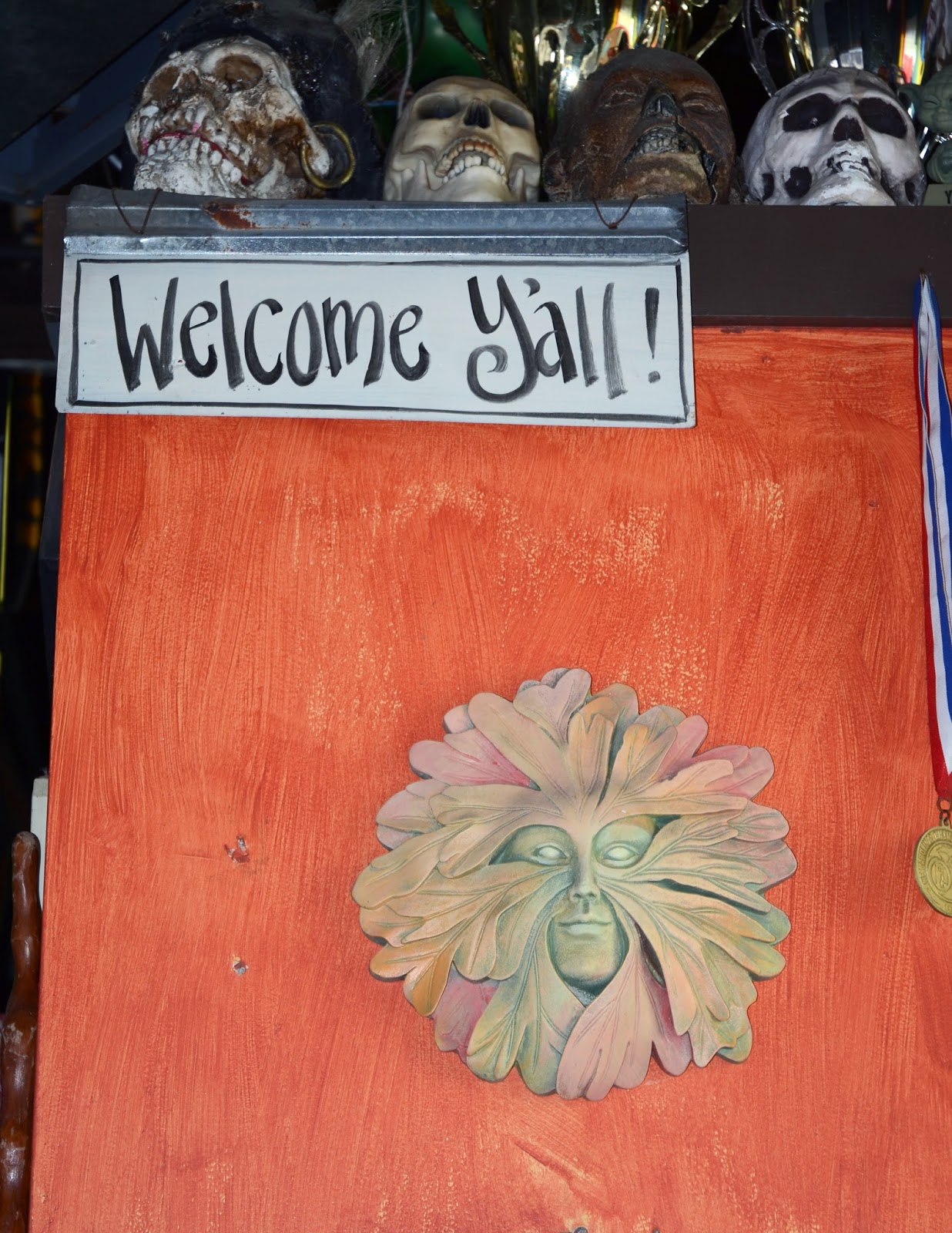 And what is a Green Man?
According to their web site, "it's
a sculpture, drawing, or other
representation of a face
surrounded by or made from leaves."


Green Man IPA has been a favorite of mine since last St. Patrick's Day when Big Jon from the Greenville Growler Station and I stopped into Jack of the Wood Irish Pub in Asheville for lunch and had pint or three.

Leaving the chocolate and Green Man behind, we continued our efforts to find the newest craft beer facilities and within steps, we came across Twin Leaf at the corner of Coxe and Banks, where the entrance is located. 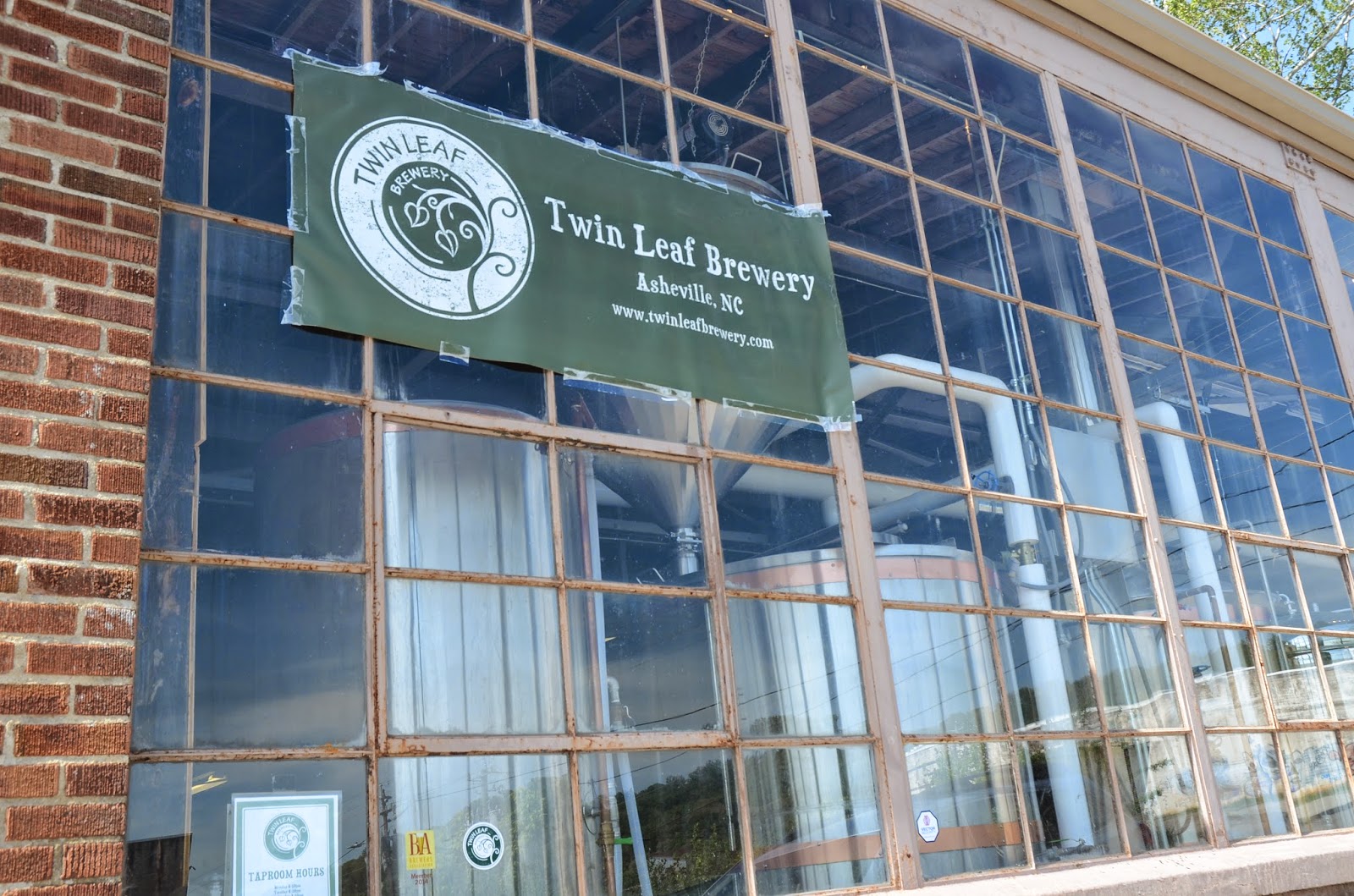 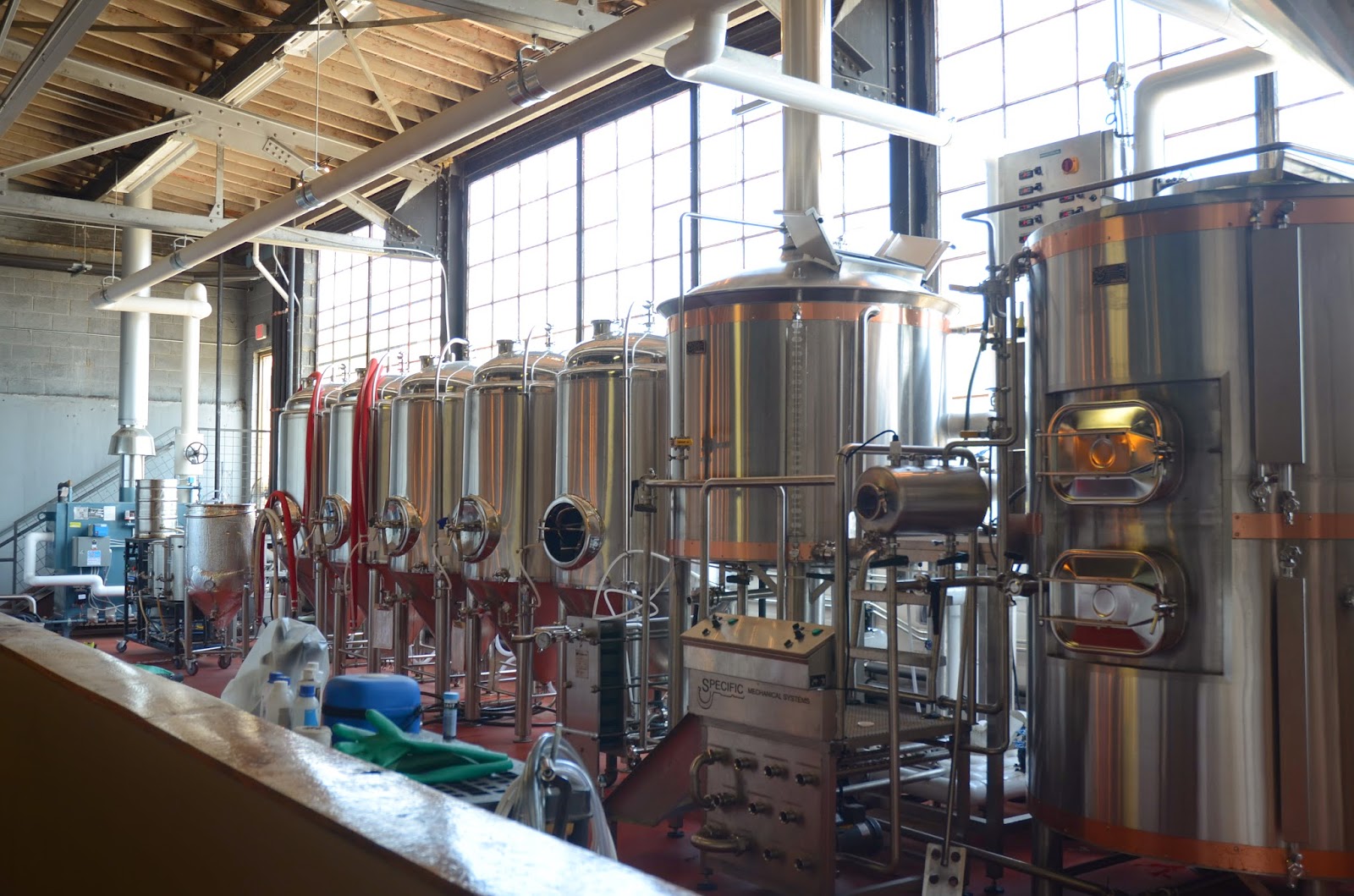 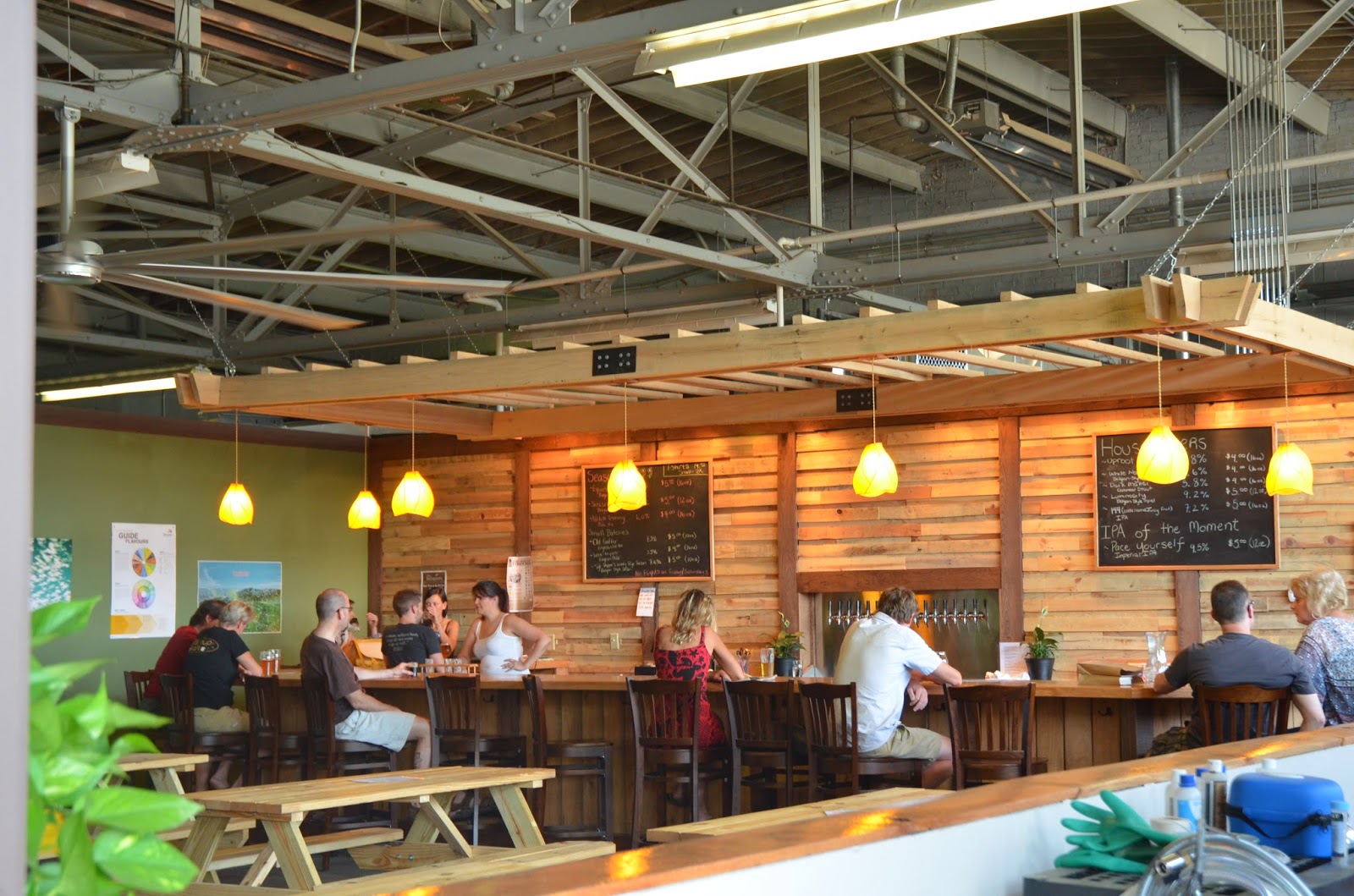 This really is a new facility and the tap room interior shows it.

The IPA of the moment was Pace Yourself Imperial IPA and at 9.5% abv, we decided to pass for now and pace our way back up Coxe to Hilliard where Hi-Wire awaits. 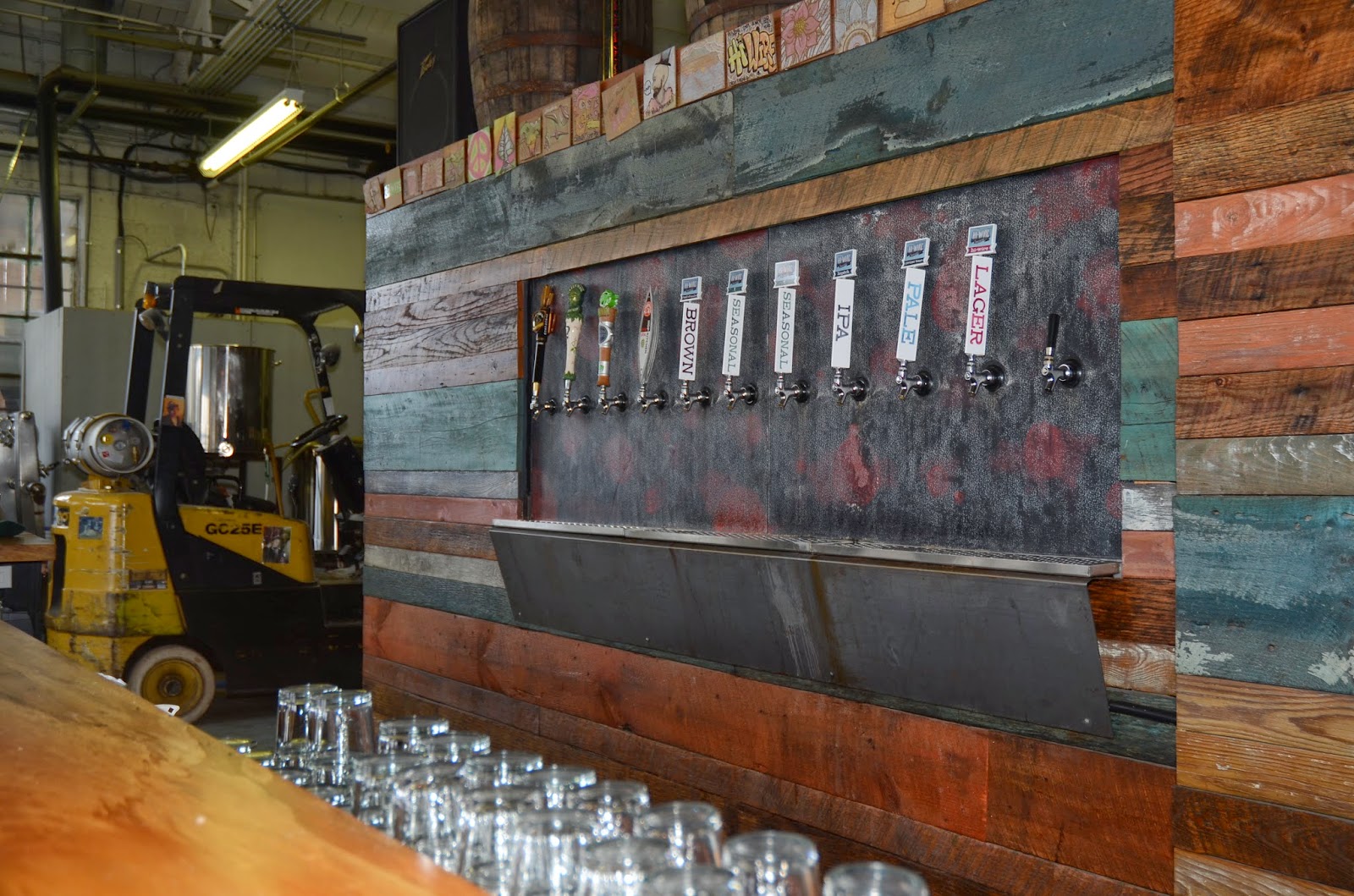 Actually, I had already visited Hi-Wire earlier in the year, but Kay had yet to try any of their beers, so a stop was essential. I was disappointed to learn that their DIPA, Man Eater was gone, being a seasonal. But the Hi-Pitch IPA made an ideal end-of-day brew, full of hop flavor and a mild 6.7% abv (well, mile for me anyway) made the sippng easy. 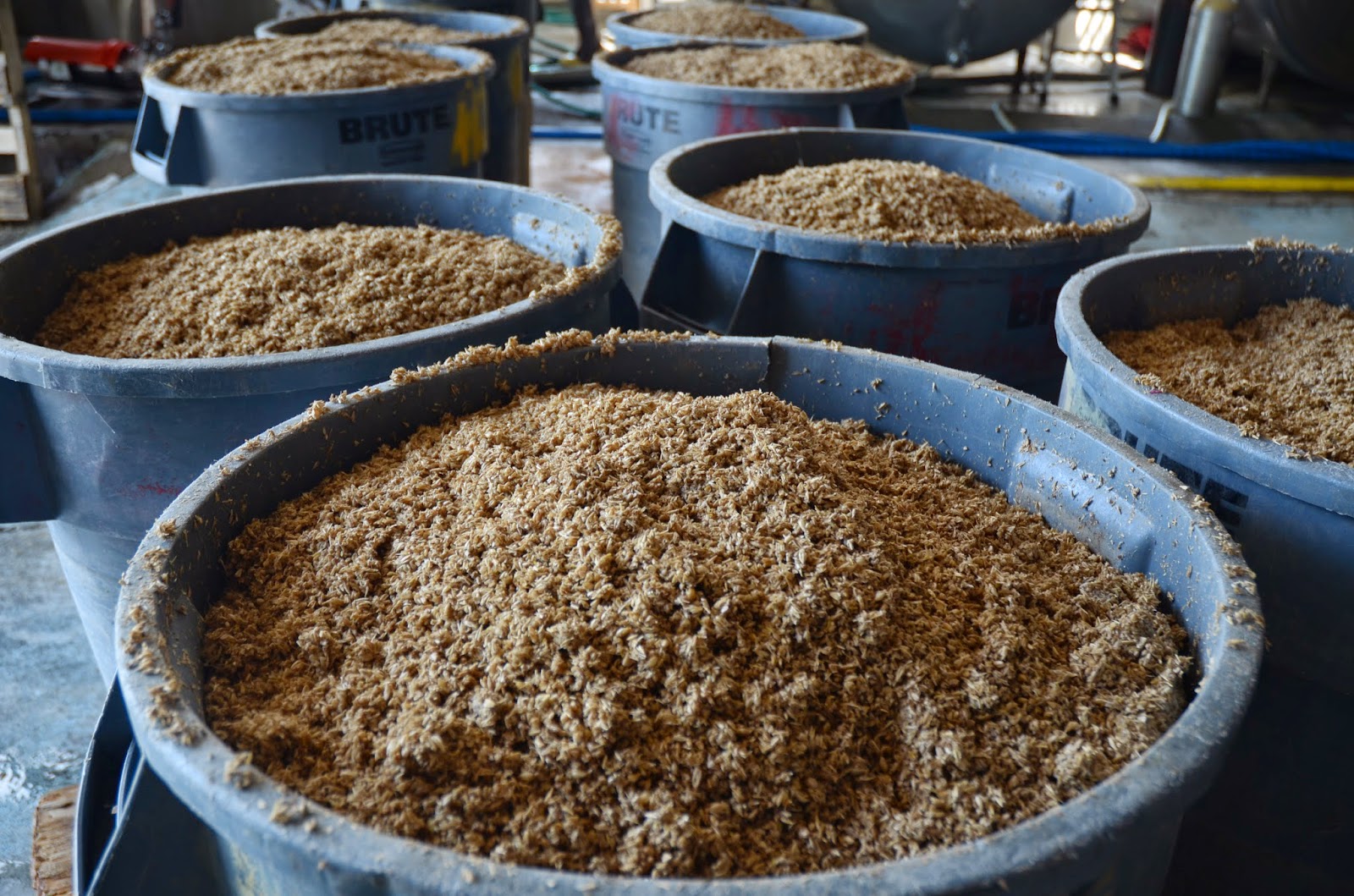 Also watched as a local pig farmer showed up to haul away the day's spent grain. Gonna be some contented pigs back on the farm (tho not fermented, it's still from a very tasty grist).


I found this story from the local paper very informative and covers expansion plans for several breweries. I should point out that Asheville Brewing's Shiva is an IPA, not an ESB as mentioned in this article. Happens to the best of us.

Some final thoughts. As you can see from the article, Asheville and western NC breweries are expanding, so that must mean more and more folks are learning about and enjoying the delicious offerings from these craft beer industry pioneers. Keep it up!!


And if you would like more info about Asheville's south slope, this map will put you on the right track: http://ashevillealetrail.com/south-slope-walking-tour/#.U2uyNS9Rfo0


There are still several more area breweries for me to visit, so stay tuned. It could happen at any time!

Cheers.
Posted by Marv Parker at 9:41 AM