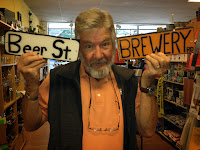 What started out as a trip to find some art supplies for Kay turned out to be quite a day for new beer adventures. Charlotte, NC, has a rapidly growing craft brewing scene and we only made a small dent in the process of discovering it.

First stop was World of Beer. Got us really excited till we learned it didn't open until 5 pm. Bummer. Another time, for sure. 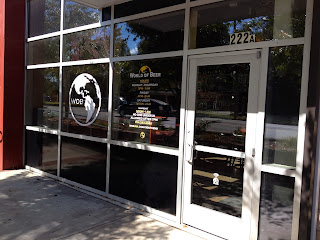 After a Greek lunch accompanied with a Triple C Urban Hop Project IPA, we headed up to the "hot and trendy area"  called NODA. At first we found this, another "closed til 3pm" beer establishment: 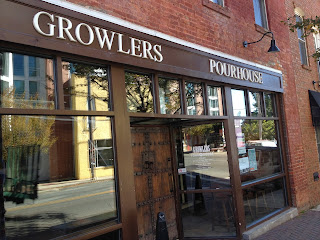 Decided then to walk around the neighborhood (36th Street & North Davidson) to see what might be open. 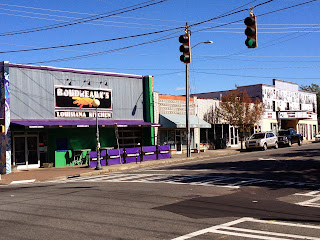 Saw some stairs leading up to Revolution Ale House, and, eureka!, beer paradise: 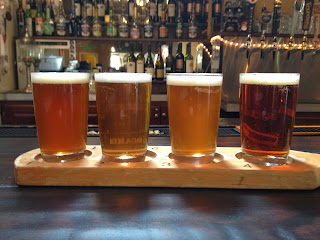 We chose an IPA tasting flight of NC beers we'd never tried before. Left to right we have:

We also added a Olde Hickory Death by Hops (no pic); 7%  Hickory

All were excellent representations of the style, lots of hop aromas surrounding us and making all of them very dry and with varying degrees of bitterness in the finish. Each one a winner but we chose the NoDa Hop Drop n' Roll as our favorite; it was a hop onslaught for the senses, creamy, big body, slight caramel malt but mostly just hop gangbusters. Will try to visit the brewery, which is about 12 blocks down the street.

Time for a bit more exploring of the neighborhood, then down the road.

Running short of time so just made a very quick stop at NoDa Brewing. Will go back soon to do some more tasting and interviewing those folks who made that fabulous Hop Drop n' Roll: 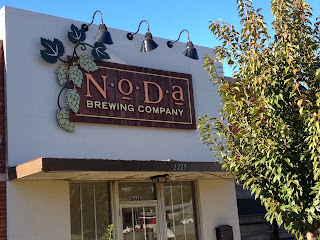 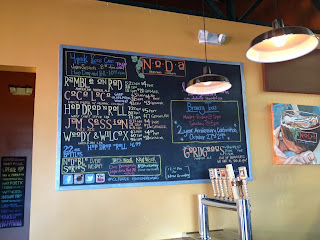 That's it! End of the day except for the drive back to Greenville. Two breweries in the neighborhood that we didn't get to... I'm already looking forward to the next time!!

Cheers!
Posted by Marv Parker at 9:53 AM